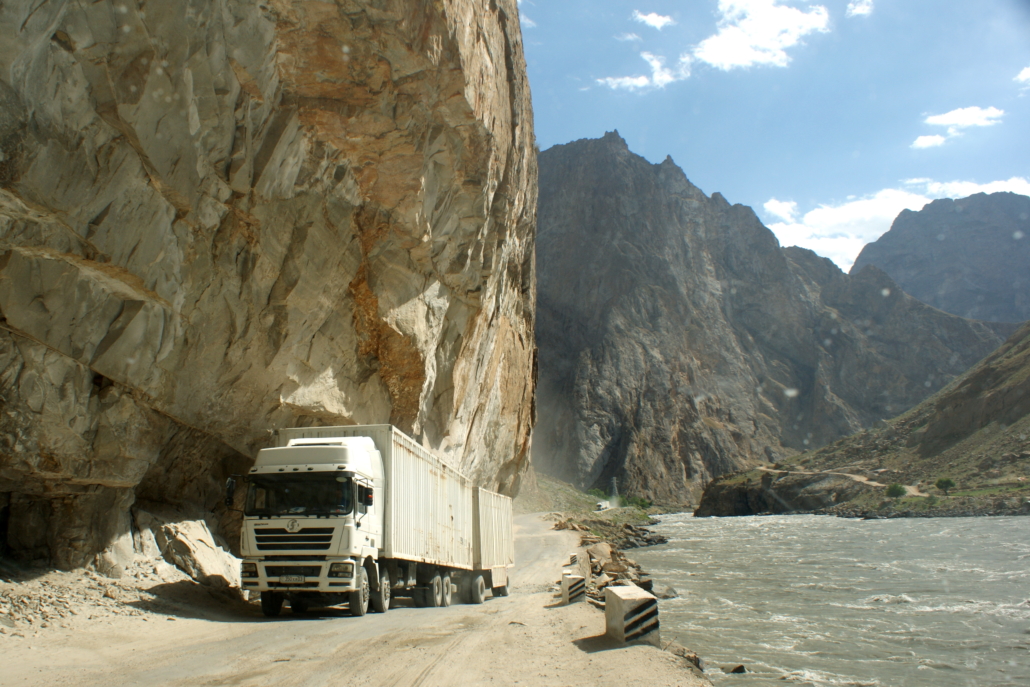 Although officially established in 1924, Tajikistan is host to one of the richest and most diverse cultures in the world given its unique geographic location and history. Trade and travel were historically central to Tajikistan’s culture and development, but many roads have been neglected.

Located in Central Asia, the country is neighbored by China to the east, Afghanistan to the south, Uzbekistan to the west and Kyrgyzstan to the north. Tajikistan has evolved immensely from ancient times when nomadic tribes roamed the country, becoming a major center of commerce and trade in the Central Asian region.

The Silk Road was an abstract trade route traveled frequently by merchants from Europe, Northern Africa, the Middle East, India and the Far East throughout the Middle Ages and the European Renaissance. It passed directly through many Central Asian countries. Tajikistan was no exception. One of the Silk Road’s most northern routes passed through the Pamir Mountains in what is now modern-day Tajikistan, offering travelers the safest possible route through the “Roof of the World.”

But decades of neglect have led to dilapidated and very dangerous roads in Tajikistan, while governmental abuses and gangs add additional strain on these important transportation routes. In rural areas, hazardous dirt or gravel roads stretch on for many miles before connecting with the nearest paved highways. Rural mountain passes – of which there are many due to the country’s rugged terrain – are also closed for roughly six months during the winter and early spring due to a number of dangerous conditions, including frequent avalanches, mudslides and large rocks falling on the road. Gangs are also known to lie in wait to prey on travelers while corrupt traffic police also inhibit efficient and unimpeded travel along highways and rural roads. The so-called traffic police regularly allow government vehicles by yet pull over others arbitrarily under the pretense of inspecting registration. They often wrongfully deem these cars unfit to drive or claim they are unregistered, forcing travelers to pay a bribe in order to continue on their route.

The Pamir Highway is one example of a Tajikistan highway that has been consistently neglected. While much of the road is paved, most of the mountainous passes it stretches through are unpaved and untended. The passes are closed in the winter months because of the avalanches and other prohibitive driving conditions, and the minimal oversight allows the gangs to inhabit these areas.

The highway becomes especially dangerous as it approaches the Afghanistan-Tajikistan border, where the road elevates to as much as 2,800 feet above sea level. Due to a lack of oxygen at these altitudes, many travelers report altitude sickness and lightheadedness, a particularly precarious situation given that there are no guardrails along cliff-drops. Road maintenance teams are also slow to respond to any widespread damages, which are often left in disrepair for indefinite periods of time.

As of 2016, 73 percent of Tajikistan’s population lived in rural areas. These people depend on the dilapidated rural roads to access education, health care, food and other tools/supplies, meaning that their lives are put at risk on a regular basis. More broadly, this stifles Tajikistan’s economic development and discourages investment in the country. Economic issues hurt the poorest people most of all, and Tajikistan’s continued infrastructure underdevelopment makes it extremely difficult for rural populations to earn a living and access the necessities of life – as is the case in many developing countries.

Efforts to Improve Roads and Infrastructure

However, outside influencers are trying to improve the poor condition of roads in Tajikistan. Neighboring China has begun investing in updating the country’s poor infrastructure to improve trade inter-connectivity across Central Asia. Within the past decade, the China Road and Bridge Corporation (CRBC) financed and constructed the Dushanbe-Chanak Highway.

The highway spans the length of the country from north-to-south and has given many rural areas the means to access other parts of the country in a safe manner. The road is entirely paved and stretches from Dushanbe, Tajikistan’s capital, to Uzbekistan’s southern border. It has provided the country with stable bridges that span previously dangerous crossings and cuts through mountains, meaning that travelers no longer need to risk their lives driving around them on dangerous dirt roads.

The project is part of China’s Belt and Road Initiative to better connect Asia and spur further development and growth of Central Asia. As of June 2017, China has invested $2 billion into Tajikistan, according to the China Global Television Network.

Foreign investment initiatives such as China’s are part of the solution to improve infrastructure and roads in Tajikistan, which will spur additional economic development and provide more opportunities for rural populations. Newly paved highways that now connect the outer reaches of the country to urban centers will increase commerce both within the country and with neighboring nations. Safer infrastructure will also spur foreign investment from multinational corporations that can bring jobs and technological advances. With further improvement to infrastructure and roads in Tajikistan, the country may well see itself become a center of commerce once again.