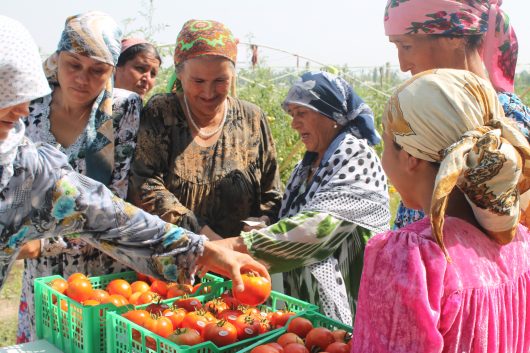 Tajikistan is hardly at the forefront of many Westerners minds when it comes to global poverty. This landlocked and mountainous nation, nestled in the heart of Central Asia, is often forgotten about, but it requires assistance just as much as many other developing nations around the globe. For those interested in how to help people in Tajikistan, opportunities do indeed exist, largely in the form of NGOs working on the ground.

32 percent of Tajiks live below the poverty line, a rate significantly higher than its Central Asian neighbors. The nation is by far the most economically deprived in the Central Asian region, and its problems are frequently compounded by its unstable economy and geopolitical situation. More than one million Tajiks work in Russia and other ex-Soviet republics, leading 50 percent of the country’s GDP to be reliant on remittances. Additionally, its rarely-policed border with Afghanistan has led to pressure from Al-Qaeda extremists in its most remote corners.

How to help people in Tajikistan is reliant on the NGOs and aid organizations that operate there. Save the Children (STC) has had a presence in Tajikistan since 1992. Around 10 percent of school age children are currently absent from the education system. STC works to ensure Tajik children are in full-time education, especially girls. They have also made strides to protect the large homeless child population in the capital, Dushanbe, and have paid special attention to orphans. Consider donating or volunteering for STC to join them in their efforts.

The U.S. government has also joined the fight against poverty in Tajikistan. USAID has implemented the Feed the Future initiative, which assists farmers in achieving the crop development they need to sustain their families and communities. Thousands have achieved a more secure and sustainable relationship with their land as a result. USAID has multiple opportunities for American citizens to join them in their work. Volunteers are accepted on various projects both at home and abroad, and they are also eager to build partnerships with businesses and organizations to further their mission.

Rural Tajiks in the nation’s remote areas also receive support from groups such as the European Bank for Reconstruction and Development (EBRD). Its agricultural financing facility is helping alleviate the crushing debt faced by many agricultural communities due to uncertain crop yields. A 25 million euro investment through the Tajik Agricultural Finance Framework (TAFF), set up by EBRD, has allowed farmers access to purchasing the crop of their choice, diversifying production and allowing for more economic stability. The EBRD also accepts volunteers, as well as businesses interested in partnering with non-profits that work in the Central Asia region.

These organizations offer the most salient answer for how to help people in Tajikistan. Through participating with these organizations, those interested in alleviating the crushing poverty experienced by many Tajiks can make a tangible difference.