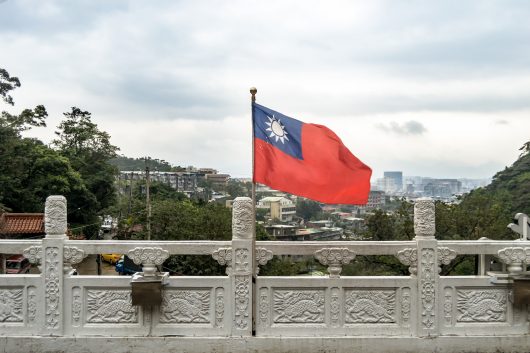 The U.S. House of Representatives Foreign Affairs Committee recently passed the Taiwan Travel Act, allowing official travel between the U.S. and Taiwan. The State Department had previously placed restrictions on travel that prevented government officials from traveling to or from Taiwan. The enactment of the Taiwan Travel Act denounces these restrictions, encouraging diplomatic relations between Taiwan and the U.S.

Taiwan was previously a highly impoverished and war-torn country. Its development towards economic stability happened rapidly after the Taiwanese government began promoting the exportation of goods and global trade in the late 1960s. Since then, the quality of life in Taiwan has increased substantially. Forbes even awarded Taiwan the number one destination for people who are interested in moving to live in another country, naming it “the best place for quality of life as well as for personal finances” above any other country. However, the number of Taiwanese citizens relying on social welfare is continually increasing, and in 2012 the number of people living below the poverty line shot up nearly 30 percent.

The Taiwan Travel Act enactment will help improve Taiwan’s failing economy by improving its economic relationship with the U.S. Taiwan’s economy relies heavily on exports, and the U.S. is Taiwan’s most important market for trade. However, Taiwan’s exportation of goods to the U.S has been steadily declining. Faced with a rapidly changing global market, Taiwan’s inability to compete with other countries stems from its inability to negotiate better trade agreements and forge more mutually beneficial partnerships.

The Taiwan Travel Act states that it is now the policy of the U.S. to encourage the Taipei Economic and Cultural Representative Office, and any other instrumentality established by Taiwan, to conduct business in the United States. This includes activities that involve participation by Members of Congress, officials of Federal, State or local governments of the U.S, or any high-level official of Taiwan. This change will drastically improve the economic potential of Taiwan, allowing its leaders to negotiate on behalf of their best economic interests and stop trade decline.