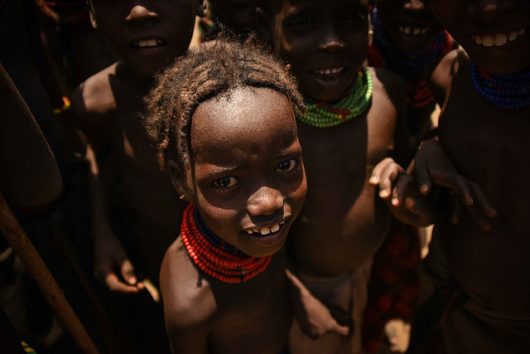 Today, approximately 265 million children of primary schooling age do not have access to quality education – or any education at all. According to UNICEF, only one in 12 young people in low-income nations are on the correct path toward acquiring secondary level skills, which are required for sustaining the development of their respective communities. However, world leaders have committed to tackling the global education crisis, setting the foundation for a brighter future.

In fact, it has been announced that world leaders re-committed to tackling the global education crisis once more at the 72nd U.N. General Assembly. Included in the list of countries are some highly developed nations and groups including Denmark, France, Norway and the EU, as well as low income nations such as Malawi and Senegal. These nations have decided to dedicate more of their national budget toward country-wide education improvement.

“I started as a teacher. I saw for myself decades ago in the schools and slums of Lisbon why education is a basic human right, a transformational force for poverty eradication, an engine for sustainability, and a force for peace,” says U.N. Secretary-General Antonio Guterres. “Financing education is indeed the best investment we can make for a better world and a better future.”

Furthermore, the Global Partnership for Education (GPE), the world’s only global fund dedicated exclusively to education in developing nations, has set out for itself the goal of reaching a budget of $2 billion by 2020. The GPE has also earned support from French Prime Minister, Emmanuel Macron; Norwegian Prime Minister, Erna Solberg; and the U.N. Special Envoy for Global Education, Gordon Brown. When these world leaders committed to tackling the global education crisis, they started by setting out the goal of increasing national budgets to more directly and effectively address the issue. The EU, for example, has dedicated eight percent of its humanitarian budget to accommodate education during emergencies in 2018. The Malala Fund, additionally, has pledged to increase its funding for education-based investments to $13 million.

But how does this compare to progress made already?

As one of the main world leaders committed to tackling the global education crisis, France has accounted for approximately 14 percent of the Official Development Assistance’s annual funding. With close ties to many nations in Africa – particularly in the northern and western regions of the continent – France was keen to see Africa successfully meet the Millenium Development Goals, which ended in 2015. However, according to France Diplomatie, the momentum of global education has slowed, likely triggering the government’s decision to continue to re-affirm commitment to tackling this issue.

Ultimately, this announcement from the U.N. is nothing short of positive news. This re-affirmation of global leaders committed to tackling the global education crisis is an excellent step to continuing the trend of more children in more developing nations receiving access to education – a highly necessary factor in ensuring the sustainable development of any nation around the world.