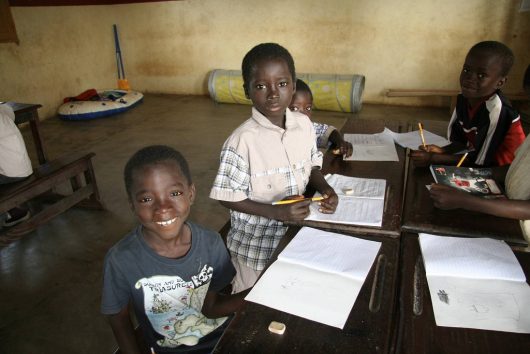 Guinea-Bissau is a small country in Western Africa that is facing very big problems. Like many former colonies, Guinea-Bissau has long grappled with political and social instability. As a result, the country is very poor, with over two-thirds of the country living below the poverty line. Due to this reason, its citizens are very dependant on U.S. foreign aid.

Many observers admit that Guinea-Bissau’s history of political instability is the prevalent cause of the nation’s poverty. Accordingly, this instability has played a crucial role in the prevalence of a depressed economy and a large amount of drug trafficking in Guinea-Bissau, both of which add to the current destabilization of the small African nation.

Having in mind that the instability in Guinea-Bissau is a consequence of drug trafficking and poverty, U.S. foreign aid to Guinea Bissau has focused recently on tackling the drug trade and implementing governance reform. According to the U.S. Department of State, U.S. top priorities in Guinea-Bissau are the promotion of security sector reform, combat drug trafficking, prevention of infectious disease, and implementation of multi-sector reforms. It is understandable that successful implementation of these measures will improve stability in Guinea-Bissau, resulting in increased investment, sustainable development and reduced poverty.

How will U.S. foreign aid to Guinea-Bissau benefit the United States?

As a very poor and unstable nation, the benefits of foreign aid to Guinea-Bissau adhere closely to the conventional wisdom on the subject of foreign aid. To clarify, at the heart of the argument for giving aid to foreign countries is the development of countries that are helped, and increase in their self-sufficiency, which is beneficial for everyone. Foreign aid can help countries and regions become more stable by improving the quality of life while also helping to tackle destabilizing factors. In the case of Guinea-Bissau, this means helping to end the endemic problem of drug trafficking as well as protecting against the outbreak of Ebola and other diseases which could spread to the U.S.

For these reasons, it is no surprise that U.S. funding of counternarcotics and activity in Western Africa has increased in recent years. This includes the capture of various high-level figures in Guinea Bissau. The logic behind this is that by giving foreign aid (including aid to stem drug trafficking), the development of a sustainable economy can be achieved, while citizens of Guinea will become self-sufficient and able to earn a living legally.

Once this environment becomes a reality, Guinea-Bissau could then act as a player who will reduce instability in the region, leading the way to more American investment and the opening of a new large market for American goods. It is also the hope of the U.S. that such aid will create a strong mutually beneficial economic relationship between the two countries.

One final way in which U.S. foreign aid to Guinea-Bissau benefits America is through terrorism reduction. In recent years U.S. anti-narcotics assistance to Guinea-Bissau and to the region of West Africa has sought to collect intelligence on terrorist activity and illicit trafficking in the region, two issues that are often interrelated. Therefore, by assisting Guinea-Bissau and other West African nations in tackling drug trafficking, the U.S. is also cracking down on the funding of terrorist groups in West Africa. The result is not only the creation of a safer West Africa but a safer and more stable global environment where the risk of terrorist groups targeting the United States is minimalized.

Although U.S. foreign aid to Guinea-Bissau is still ramping up, there are signs already that these actions will have a tangible impact on this small country, West Africa and the United States. There are already signs of progress, and there is hope that continued aid to impoverished West African countries will help to stabilize the region and the world.