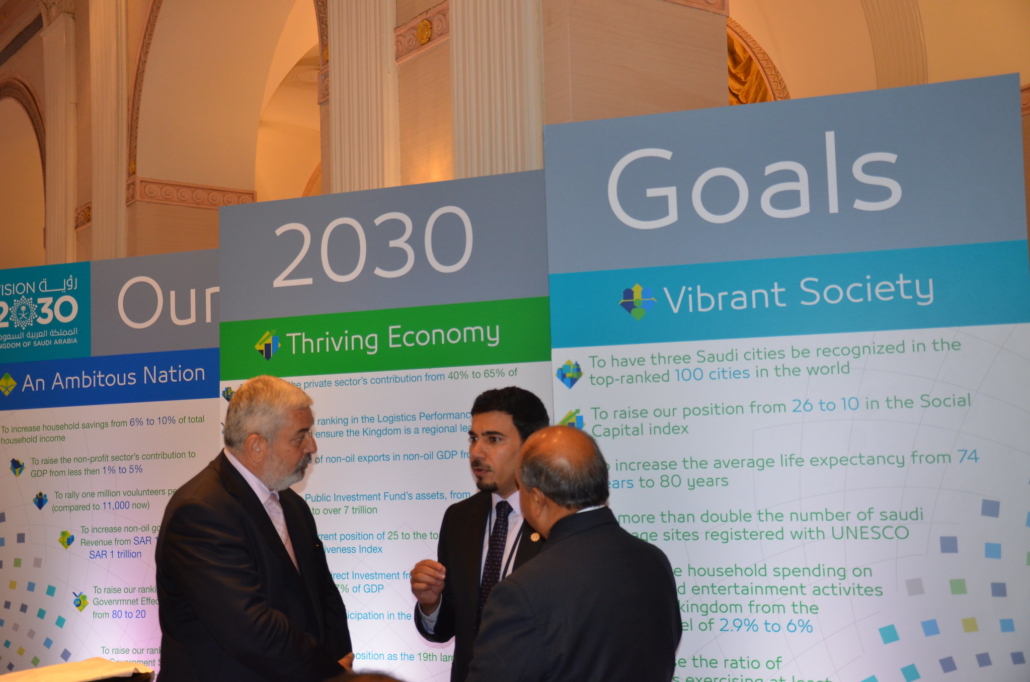 Two hallmarks of Saudi Arabia’s Vision 2030 are expanding job opportunities for young Saudis in non-oil sectors of the economy and reducing poverty by raising living standards. In 2016, the government announced its ambitious goal to acquire 50% of its energy from renewable energy by 2030. For this reason, it pledged a $400 billion investment to expand the renewable energy sector. In turn, this investment embraces new technologies that will expand economic opportunities for Saudi citizens in the renewable energy sector, and that leads to poverty eradication that can raise living standards in the country. The program will also reduce pollution and promote human health, important for poverty reduction. The Saudi move to renewable energy is also meant to curb Saudi carbon emissions that account for 4% of the total global output.

As part of Vision 2030, Saudi Arabia announced its intention to build Neom, a futuristic city in the northwest region of the country on the Red Sea coast. This $500 billion project positions Neom as a center for trade, investment, tourism and technology. The Neom project embodies the overarching Vision 2030 goals because renewable energy sources will power Noem entirely. Further, the project underscores the diversification policies of Vision 2030 because Noem will heavily on foreign investment to drive tourism and the use of Neom as a cargo hub.

Since the Saudi government launched Vision 2030 in 2016 foreign direct investment (FDI) in the country has skyrocketed from $5.321 billion to $17.625 billion as of Fall 2021. This increase in investment and trade is an indicator of modernization measures and accomplishments of Vision 2030.

Saudi Arabia’s government pledged unprecedented levels of investment in developing the country’s technology sector. The hope is to become a knowledge-driven economy. The Saudi government pledged $6.4 billion for investments in smart technologies as part of Vision 2030 to make the country a center of the global technology industry. Part of this program has included a $1.2 billion investment in training 100,000 Saudi youths for careers in the smart technology sector. This will occur by improving digital skills including familiarity with AI, 5G and cybersecurity. For example, The Garage Start-Up District program encourages start-up companies and other entrepreneurs by providing grants, marketing and training support and full-service workspaces. By creating job opportunities for Saudis in a modern economy, these programs should reduce poverty rates for Saudis entering this emerging technology sector.

Just as much of Vision 2030 focuses heavily on the growth of the technology sector, the Saudi government also is using smart technology to promote quality health care access through mobile apps. One app called Sehha offers remote medical and preventative care. Launched in 2017, Sehha provided 2.1 million consultations by 2020.

Mawid, another health app, allowed 14.3 million Saudis to book 67 million medical appointments from 2018-2020. The Tabaud app was also one of the first of its kind in the world to provide its 3 million users with Bluetooth notifications of contact with someone who tested positive for COVID-19. This enabled users to quarantine and the government to effectively contact trace to contain outbreaks. This smart technology is particularly important for rural communities living further away from hospital infrastructure. These new innovations that safeguard human health boost the goal of eradicating poverty through having a labor force healthy enough to contribute to a modernizing economy.

Vision 2030 presents innovation in poverty eradication in Saudi Arabia while also striking a balance between development and environmental concerns. All of this is also important for reducing poverty by diversifying the economy and maintaining human health. If Saudi Arabia continues its ambitious economic reforms, it can present an appealing model for other middle-income and developing countries to replicate. Finally, modernization and poverty eradication would foster a more prosperous and stable world.