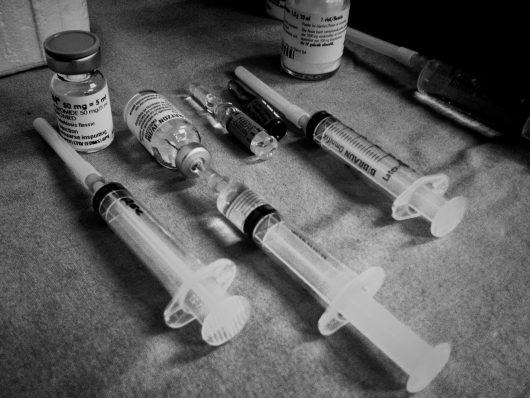 Tuberculosis continues to stand as one of the world’s deadliest diseases—and one of the most preventable and curable. Last year alone, initiatives for eradicating tuberculosis in Southern Africa saved more than three million lives. While this certainly demands celebration, statistics revealed simultaneously that 10.4 million people still became infected, with another 1.8 million dying from it.

Dr. Margaret Chan, Director-General of the World Health Organization said late last year, “We face an uphill battle to reach global targets for tuberculosis. There must be a massive scale-up for efforts, or countries will continue to run behind this deadly epidemic and these ambitious goals will be missed.”

The World Bank has risen to this call.

Since its establishment in 1960, the World Bank’s International Development Association has provided financial assistance programs and policies that improve lives in the world’s poorest nations. Over the last three years, it has given roughly $19 billion. Fifty percent of this has gone to Africa.

The World Bank’s recent assistance in eradicating tuberculosis in Southern Africa will go towards the Southern Africa Tuberculosis and Health System Support Project, which largely benefit the four previously specified countries. Lesotho, Malawi, Mozambique and Zambia carry a high burden of tuberculosis. This is widely due to growth in their mining communities, an increase in resistance to drugs that already fight TB and their intraregional economic activity with each other. Because TB is communicable, its spread is often aggravated by the close quarters and harsh conditions that mining workers are required to work in. As the workers travel home, and often across borders, civilians unrelated to these environments become susceptible to its infection.

As the World Bank gives a great boost to the System Support Project, the leaders of this initiative will be able to seek out more effective means of detection, prevention and treatment of TB. Funds will also support regional learning on this issue and surveillance of TB’s travel patterns, which will reinforce the innovation of preventive strategies.

Should other organizations and institutions follow in the World Bank’s wake, the World Health Organization’s vision to see tuberculosis nearly ended by 2030 may very well become a reality.