Tag Archive for: System of a Down 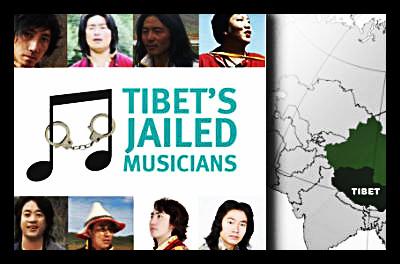 Free Tibet, a non-profit organization, launched a petition calling on China to release eight Tibetan singers who are being held for singing songs about their hopes and concerns for Tibet and Tibetan culture.

Free Tibet focuses on campaigns for Tibetan self-determination, human rights in Tibet, and an end to Chinese occupation of Tibet.

Since 1950, China has occupied Tibet, attempting to crush the state. Images of the Tibetan national flag and the Dalai Lama, the Tibetan spiritual leader, are prohibited. According to the UN, more than 120 Tibetans have set themselves on fire in protest against Chinese occupation. Tibetans celebrating the Dalai Lama’s birthday were shot by security forces, and anyone who objects to showing loyalty to China risks imprisonment and torture.

Among those imprisoned are the eight musicians named on the Free Tibet petition.

Shawo Tashi was sentenced to five years in jail after participating in anti-China protests, distributing photos and notes of Tibetan self-immolators, and singing national pride songs.

Pema Tinley received a two-year sentence after singing songs that praised the Dalai Lama and Tibetans who have self-immolated in protest against China’s occupation.

The petition calls on China to respect the right to freedom of expression guaranteed by the Universal Declaration of Human Rights and the International Covenant on Civil and Political Rights.

“China claims to protect Tibetan culture but by imprisoning these musicians it is suppressing that culture, as well as violating the human rights of these individuals.”

You can check out the petition for yourself here: http://www.freetibet.org/petitions/1742