Tag Archive for: Syrian Refugees in the U.S. 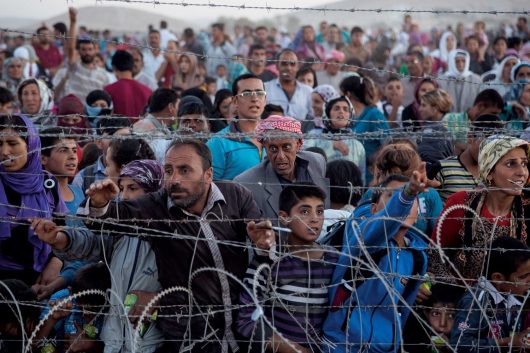 The Syrian refugee crisis has been the world’s largest humanitarian crisis for the past six years. The U.S. government has made a decision to grant temporary protected status (TPS) to 7,000 displaced Syrians. The announcement came on January 31, 2018, which granted 18 months of TPS for Syrian refugees in America.

Egypt, Iraq, Jordan, Lebanon and Turkey have taken in millions of Syrian refugees. The majority of refugees are children, who face malnutrition, forced labor, child marriage, militant drafting, disease and death. A recent survey by U.N. cooperatives shows that children living in Lebanese refugee camps are more vulnerable to forced labor and child marriage than ever before. Syrian refugees in Lebanon live on less than $4 a day.

Jordan, considered one of the United States’ partners in alleviating the Syrian refugee crisis, has recently made breakthroughs to alleviate the dependence of refugees. As part of a compact deal that has increased international aid to Jordan, the country was able to issue more than 88,000 work permits to Syrians, allowing refugees the ability to meet their basic needs. Of the 655,000 Syrian refugees exiled in Jordan, approximately 80 percent of them live outside camps, living below the poverty line on less than $3 a day.

This TPS designation comes after years of abuse by Syria’s Assad regime, and extremist groups such as the Islamic State of Iraq and the Levant. The crisis in Syria is by far the most tragic humanitarian crisis in the world today.

The U.S. government has spent nearly $6 billion on humanitarian assistance in response to the Syrian conflict. Funding supports the provision of emergency food, medicine, safe drinking water and other relief supplies to conflict-affected people in Syria and neighboring countries. This humanitarian aid comes in the form of cash for medicine and food, stoves and fuel for heating, insulation for tents, thermal blankets and winter clothing. Shelter kits, non-food items, protection services and psychosocial support are provided to those who have been displaced but remain in Syria.