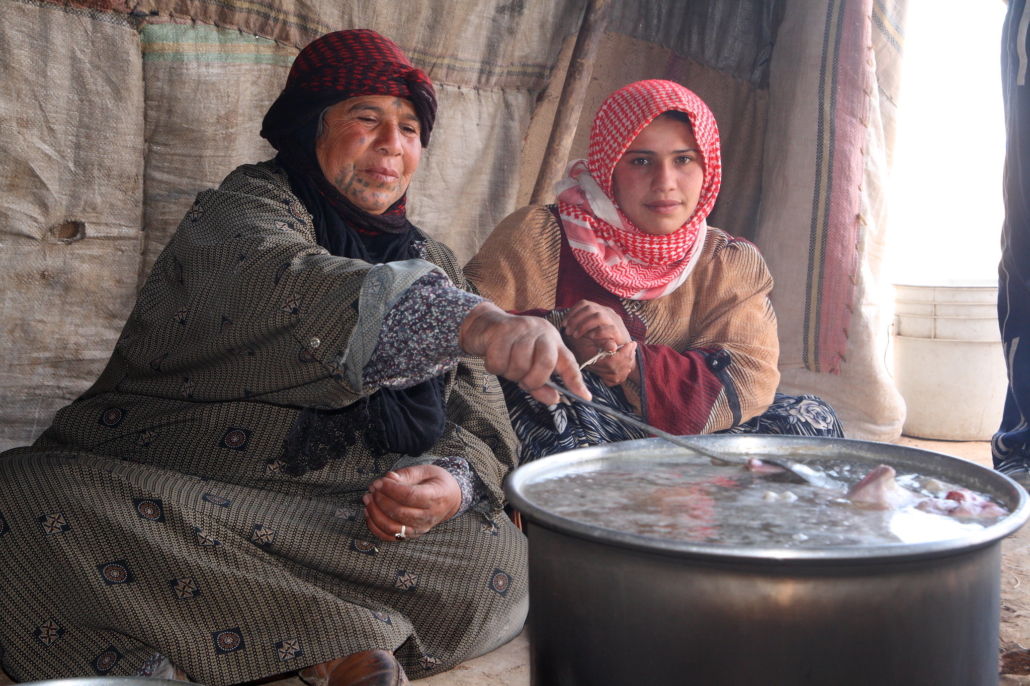 Recently, the Syrian War has caused a large influx of refugees to make their way to Jordan. Since the start of the conflict, Jordan has seen an increase of about 1.3 million Syrian refugees. Of these Syrian refugees in Jordan, about 17% live in dangerous conditions within displacement camps. The other 83% may also face extreme levels of poverty and often cannot establish a livelihood to feed their families.

Hunger is particularly an issue for Syrian refugees who live in Jordanian camps. In comparison, hunger for average Jordanians is relatively minimal. The World Food Programme (WFP)’s Integrated Context Analysis (ICA) demonstrates the differences in hunger throughout the area. The WFP’s ICA is a map that includes analysis of which populations are most vulnerable and food insecure. The population of Syrian refugees in Jordan is currently the most desperate in terms of need and food insecurity.

This ICA can help through the identification of broad national programmatic strategies, which can consist of resilience strengthening, disaster risk mitigation and implementing social protections. ICAs can also identify sectors wherein food security monitoring and assessment are necessary. The ICA categorizes the country’s districts into categories that it labels one through five, representing which areas face the most critical food insecurity needs. On the map, the Syrian refugee camps on the border of Jordan showed the most severe essential food security issues.

Displacement camps for Syrian refugees exist at the edge of Jordan and Syria. Salah Daraghmeh, the Médecins Sans Frontières representative for Syrian refugees, commented on their high risk. He stated that Syrian refugees who have escaped death from conflict and war, become more at risk of dying from preventable conditions, like dehydration and illness, during the process of resettling in Jordan. Refugees at the border of Jordan often sleep in the desert, where they have limited access to food, water and medical supplies. Additionally, refugees use holes in the ground as toilets and have to live in makeshift tents. Refugees frequently die from dehydration, scorpion stings and drinking contaminated water.

Action Against Hunger is one organization that has taken a stand to end hunger for Syrian refugees in Jordan.  The most urgent need for these refugees is providing access to livelihoods in Jordan, which should enable them to feed their families. Action Against Hunger was able to open a base in December 2019 in Madaba, Jordan. This base provides water, hygiene, food, sanitation and potential livelihoods for Syrian refugees. It also offers waste management programs and “Cash for Work” to enhance the lives of Syrian refugees.

The International Rescue Committee (IRC) also does valuable work in Jordan. The IRC focuses primarily on health care, mobile outreach and empowerment/employment programs. On a practical level, it offers skill training, counseling, recreational activities, cash assistance and employment opportunities. The IRC’s goals for 2020 include improving refugee’s health, safety, education and economic well-being. Its action plan for 2020 includes focusing on these goals by providing direct aid. The IRC’s mission is to grant assistance to those whose livelihoods disaster and conflict have ruined so that they may survive, recover and become independent again. Its efforts are particularly significant in repairing the lives of Syrian refugees, who have suffered immensely.

After fleeing life in Syria, refugees face additional struggles while living in Jordan. From food scarcity, dangerous conditions and difficulties adapting to Jordanian life, Syrian refugees have to combat many issues even after leaving their war-torn country. To help overcome these problems, the Jordanian government has partnered with Action Against Hunger and the International Rescue Committee. These organizations seek to provide a resilience-based approach to help Syrian refugees in Jordan.