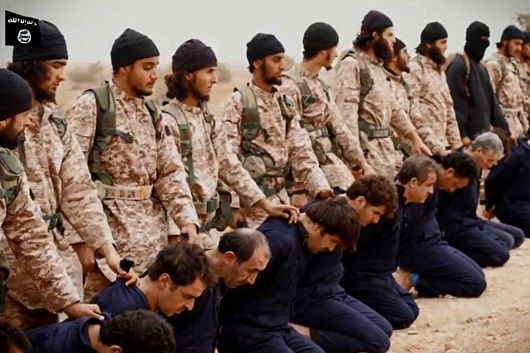 There has been a great deal of criticism lately in regards to the Obama Administration’s efforts and plan to combat ISIS. An article by The Hill says that the GOP even goes as far as to state, “President Obama doesn’t have a serious strategy to defeat ISIS.” One of the strategies by the Defense Department is to train Syrian rebels to fight the terrorist organization.

How many rebels have actually been trained? There are a variety of numbers floating around the Internet, but few of them are actually accurate. According to the Washington Post, less than 200 rebels had started training in May. This July, Nancy Pelosi expressed she was surprised that only 60 people had actually been trained since the project started in 2014.

The low numbers are only partially understood. It is important to make sure that the recruits may not be in any way connected to ISIS. General Martin. E. Dempsey says that to fight ISIS, the U.S. needs to recruit at least 12,000 people. If at this point the Defense Department has only recruited 6,000 people, and not all of those people can be trained, how is it that this program would be successful?

If the Defense Department is looking to recruit Syrians, perhaps it should look to the 9 million or so Syrian refugees. Out of these 9 million, a good portion is likely able and willing to help the United States fight ISIS. Or at least would be if the funding to aid them was not getting cut over time.

The UN has been making food aid cuts since December 2014, and the cuts are growing, according to the United Nations’ Website. The United Nations News Service says that “a severe lack in funding is forcing the United Nations,” to make these cuts. As one of the leaders of world policy, the United States could be leading the charge in assisting the refugee population. Or perhaps the U.S. could be providing the UN with the funding that it needs to help the people in need.

This population needs help from someone; and it is possible that as an impoverished group from war-torn country, they could be vulnerable to recruitment by terrorist organizations like ISIS. If Washington wants to stop ISIS it needs to make sure that the available human capital is attainable. Primarily by providing the at-risk people, including the refugees, with the food that they need to survive before another organization provides them with that assistance.

Pelosi is correct in being “surprised” by the number of people that have been trained and recruited because the United States should be doing a better job of preparing to combat ISIS.

But, it is not in fact surprising that the Defense Department is having trouble recruiting enough people from Syria. How does the United States expect to recruit Syrians to help the U.S., when the government is not doing enough to help the country’s refugees?