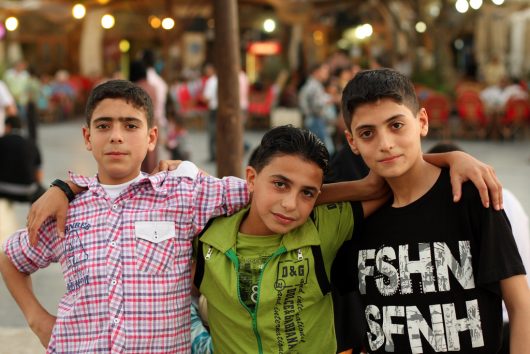 As civil war rages on in Syria, residents of the country’s largest city have been forced to flee to surrounding areas. For former Aleppo residents, these evacuations present a new series of challenges and dangers.

Many of these evacuees have fled to the Syrian countryside, Lebanon, or the Turkish border town of Idlib. Lebanon hosts more than 1 million Syrian refugees, yet most evacuees from Aleppo have been transferred to Idlib, inundating the already war-weary area with traumatized and often severely injured evacuees.

Idlib, which is one of the few remaining rebel-held areas in the country, is likely to become the next target as the regime attempts to recapture the country. Rebel fighters from Aleppo are moving to Idlib along with civilians as the regime recaptures large swaths of the country.

For former Aleppo residents in Idlib, however, simply securing housing has been an immense challenge. Evacuees describe exorbitant rent prices and a cold reception from Idlib residents. For former Aleppo residents who lost most of their belongings in the siege and face unemployment, rent prices that can reach $187 a month are often far out of reach. Some evacuees describe conditions where several families are cramped into one house, and those who still cannot afford rent are forced to move to nearby border camps.

As Aleppo residents settle into Idlib and its surrounding camps, the extent of their trauma is becoming quickly evident. Surgeon Mounir Hakimi described children from Aleppo who face amputation or who have shrapnel lodged in their spines. Some have lost vision from the bombing and doctors in Idlib are seeing many patients with seriously infected wounds. In addition, many are suffering from hypothermia and malnutrition.

Even those who escaped Aleppo without serious injury face psychological trauma. In one case, a three-year-old boy was unable to speak due to the shock of the airstrikes. Idlib has seen serious bombing in the past few years, and as a result, its medical infrastructure is sadly reminiscent of Aleppo’s. Many aid workers who left with Aleppo residents intend to continue their work in Idlib. For groups like the Syrian Defence Force who rescued civilians in Aleppo, Idlib is simply a place to continue their work. One Defence Force member expressed the group’s commitment to the residents of Idlib, pointing out that the city had been bombed for the past five years and was unlikely to see a respite in the near future.

Many see Idlib as the next target for the regime now that Aleppo has been recaptured. Airstrikes have inundated Idlib in recent weeks, and dozens of deaths have been reported in the region. In addition, experts believe that as the regime recaptures more territory, the city will be forced to take in further waves of evacuees. This will further exacerbate the humanitarian crisis in Idlib, and for many former Aleppo residents, the town will provide a continuation of their suffering instead of a much-needed respite.