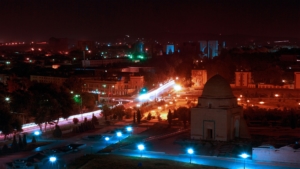 Doubly landlocked by its neighbors, Uzbekistan is rich in a variety of resources, such as cotton, gold, uranium and zinc. However, since becoming an independent country, the people of Uzbekistan have suffered from high rates of poverty, coupled with a lack of access to a reliable source of clean drinking water and subpar health care. In order to fight poverty in Uzbekistan and improve the quality of life, the government has embraced the United Nations Sustainable Development Goals and worked to establish a variety of reforms within its framework. As of 2018, the Asian Development Bank lists the poverty rate for Uzbekistan at 11.4 percent.

Uzbekistan has made major strides in improving its sanitation services and water supply throughout the years. However, despite these efforts, less than half of the population has access to a piped water supply. Only 17 percent of city households receive water for the entire day. The situation is much worse in smaller towns and rural communities.

The situation is particularly poor in the Syrdarya region where low-income families must either rely on small storage tanks that are refilled every month at a high price or spend hours of their day walking to a public tap outlet to fill containers with water. The World Bank has launched the Syrdarya Water Supply Project to help provide clean drinking water to the region of nearly 280,000 inhabitants.

The Uzbekistan government and the United Nations Development Programme (UNDP) have worked to empower women and support gender equality in the country. They have established laws that support women in the legal system and in government, such as laws against sexual harassment and gender discrimination. The UNDP has also supported initiatives that economically empower Uzbek women. Financial decision-makers are working closely with the Women’s Committee of Uzbekistan in order to ensure that these initiatives receive proper funding. The UNDP has also aided women-run businesses to grow and achieve success domestically and internationally.

The government has worked with the UNDP to ensure that women receive the same help and benefits as men, including the protection against and treatment of HIV infections. With the support of the UNDP, 5,995 women are currently receiving continuous ARV treatment for HIV. Women also make up 38 percent of participants in HIV prevention programs in the country.

The maternal mortality rate in Uzbekistan has significantly decreased from 33.1 per 1,000 live births in 2000 to 20 per 1,000 live births by 2013. In addition, the government of Uzbekistan is currently working with international partners in developing new and effective health care programs. By 2030, they aim to decrease the child mortality rate by 50 percent, the maternal mortality rate by 30 percent and reduce the number of deaths from noncommunicable diseases by 30 percent.

People often suffer from subpar health care, particularly in rural regions. The government began implementing major health care reforms in 2017, particularly focusing on training health care professionals and fighting tuberculosis. They have also worked to improve the quality of health care in rural hospitals and clinics by requiring all graduates of publicly-funded medical schools to work in rural areas for three years. Uzbekistan already offers free health care; however, the cost of medical supplies is often high. In order to make health care more affordable, the government has instituted reforms to lower the costs of medical devices and fight against corruption.

The Uzbek government implemented vital reforms to liberalize its economy. In 2017, the government commissioned 161 major industrial facilities. As a result of these reforms, the economy grew by 5.5 percent in 2017 and exports grew by 15 percent. The som, the national currency of Uzbekistan, was unpegged from the U.S. dollar and allowed to float freely. This increased currency trading and provided more revenue for the government. A dozen new free economic zones were created alongside 45 industrial zones to spur the economy. The government also created national development programs to promote innovation and investment in the economy.

In cooperation with international organizations including the UNDP, the government of Uzbekistan has worked to distribute income more equitably and create new jobs, particularly in rural areas. It has put a particular effort into helping the most vulnerable communities. The government has proven its dedication to the U.N. Sustainable Development Goals by promoting sustainable development throughout the country, supporting women’s empowerment, economic reform, health care reform, clean energy and more. As a result of this dedication, the government of Uzbekistan has successfully reduced poverty and improved the quality of life for its citizens.