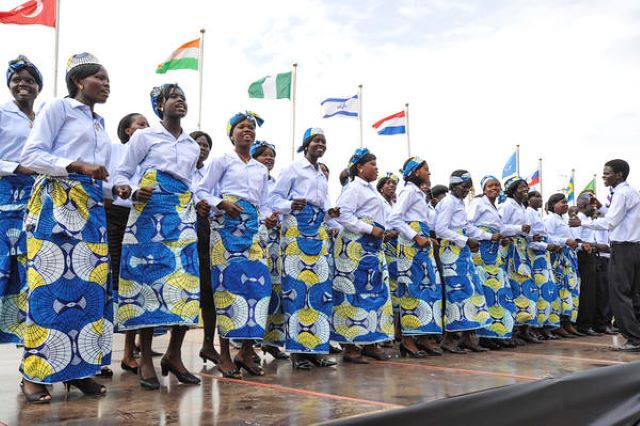 Since the beginning of the Sudanese civil war in 1983 that split the north from the south, the conflict in South Sudan has cost thousands of civilian lives and fractured the society in the region. The fallout from the civil war led to tribal conflict that is still ongoing and oftentimes the victims of these “total wars” are women. For this reason, women peacemakers in South Sudan are very important.

Prior to the civil war, feminists movements were gaining ground in South Sudan, so much so that South Sudan was seen as the center of African feminism during the 60’s and 70’s. These activists secured legal equality for all women across the country, though, with a change of leadership in the late 70’s, women saw their positions in society diminish. With the beginning of the civil war, South Sudanese feminists began to pursue outside avenues to affect policy.

One such group was a collective of female South Sudanese refugees who fled to Nairobi, Kenya. There they drafted a document that outlined how women were essential to the peacemaking and governing process. These women called for the government to acknowledge that “It is first and foremost women who suffer during wars or conflicts. Because of this, they are best placed to act as agents for a conclusive peace process and to spread a culture of peace in the country.” This was the first declaration of its kind, and its message has continued to be influential in how South Sudanese women advocate for increased involvement of women.

Throughout the war period, multiple feminist organizations emerged that called for peace and women’s rights, such as Nuba Women for Peace, Women Empowerment for Peace and Development Network and the National Democratic Alliance. At the turn of the century, many women who had previously participated in these groups came together to form the Sudanese Women Empowerment for Peace (SuWEP), which is an organization with branches in North and South Sudan that collaborate to empower women in the region and promote the role of women peacemakers in South Sudan.

SuWEP’s main goals are to promote the inclusion of women from all layers of society, train women in conflict resolution and mediation, raise awareness, write position papers on its work to be presented to international bodies and advocate for and publicizing its message of gender equality. Due to these efforts, peace centers have now been established throughout both North and South Sudan, food aid has been able to reach the most vulnerable populations throughout the region and the legislature of South Sudan met its quota of 25% of its seats belonging to women.

U.N. Women Africa has also been one of the larger advocates for gender equality in South Sudan, with its focus primarily being on increasing female involvement in democracy, increasing literacy and protecting women and girls from gender-based violence. The organization has come before the Security Council to demand greater protections for women because it believes women are essential to the peacemaking process as they have been the greatest advocates of peace since the inception of the conflict. In addition, in a report to the Security Council, it was brought up that the women of these warring tribal and ethnic factions have been able to cooperate and make change together, meaning they can help the rest of the country do so.

Moving into the future, many women peacemakers in South Sudanese see the Revitalized Agreement as the best option for lasting peace because it would require that women hold 35% of government seats and the country would transition towards an expanded democracy. With more women in positions of power, feminists believe there would be an increased focus on women’s issues as well as a greater emphasis on diplomacy and peace.