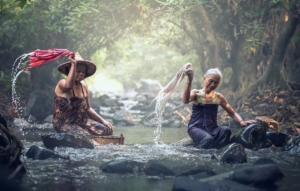 In the past decade, Cambodia has made progress in reducing the inequality gap between men and women. In partnership with the UN and USAID, gender barriers and negative social norms surrounding women’s place in society are being broken.

Women have taken the lead in various areas of poverty reduction, such as participating in the democratic process and spearheading efforts against water insecurity and climate disaster.

Here are some ways in which gender equality in Cambodia is improving.

During the Khmer Rouge in the 1970s, violence against women escalated, including rape. The UN has worked to support victims and correct assumptions and inattention surrounding violence against women in Cambodia. Through the UN Joint Global Programme on Essential Services for Women and Girls Subject to Violence that began in 2017, survivors of rape and violence are receiving help and support. They focus on various needs of victims.

Through such programs, the UN has made efforts toward openly discussing and reducing violence against women, promoting gender equality in Cambodia.

A UN survey found that 82% of men and 92% of women accept that a woman’s main role lies only in overseeing the home. By using media, the UN is educating the public about negative social norms surrounding the role of women. For example, UNDP Cambodia and the Ministry of Women’s Affairs of Cambodia (MoWA) developed an initiative that focuses on improving gender equality in Cambodia. Between 2017 and 2020, this initiative focused on three areas:

Not only is the conversation surrounding gender equality in Cambodia changing, but women have stepped into positions of leadership in poverty reduction. For example, women are instrumental in efforts to achieve water security. In Cambodia, women are the main members of the household to fetch and handle water.

In addition to daily water needs, women also depend on water for its use in farming. Almost two-thirds of Cambodians are farmers, many of whom are women. The USAID Sustainable Water Partnership (SWP) recognizes the leadership skills of women and trains them to aid efforts toward water security. For example, in 2018, this program trained 17 women in the Stung Chinit Watershed and placed them in positions of leadership. These women gained knowledge in various areas, including conflict resolution, teamwork, communication and overseeing finances. In future years, the SWP plans to continue to include women in the fight for water security.

Women in the Democratic Process

The USAID has also worked toward including women in the democratic process. Through grassroots organizations, women are now becoming part of various civil rights causes. The USAID has promoted the participation of women in lobbying for workers’ rights and human rights.

Cambodia’s National Assembly is still composed of 80% men, but efforts to place women in political leadership positions are being undertaken. For example, a Cambodian NGO SILAKA is focused on partnering with political parties to engage women in politics. In 2017, the Cambodian People’s Party (CPP) and the Cambodia National Rescue Party (CNRP) focused on including qualified women candidates on candidate lists during council elections.

In 2019, UNDP Cambodia increased efforts to prevent climate disasters and protect communities from these disasters. The UNDP has emphasized the role of women in disaster management. They are equipping local women with leadership and decision-making skills as a part of the Charter of Demands for Disaster Risk Reduction and Climate Change Adaptation.

With the aid of the UN and USAID, Cambodia has made crucial efforts toward reforming negative societal norms. This has come through media campaigns and through involving women in poverty reduction efforts. To achieve greater gender equality in Cambodia, further efforts are needed to empower women politically, economically and socially.