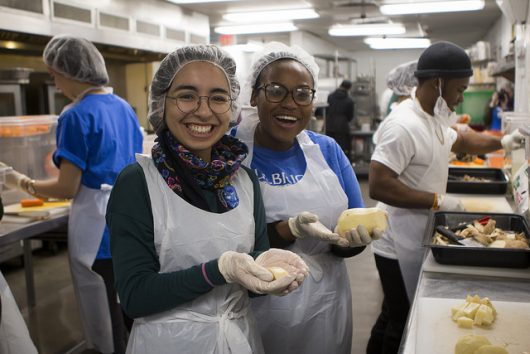 Throughout the United States and Europe, voluntourism, as a combination of tourism and volunteering, has been on the rise. Students are dedicating their free summers and vacations to go abroad to help communities and organizations in bettering their infrastructure and spreading awareness of their individual causes. As in any other form of tourism, voluntourism has undoubtedly its downsides, yet it is important to shed light on its benefits. Voluntourism, if done properly, can benefit communities and organizations, and for the volunteer, it creates a cultural awareness that would not be achieved otherwise. The key to voluntarism is sustainability, and if done in a sustainable way, the benefits of voluntourism are many.

One of the greatest issues facing the voluntourism sector is the level of qualifications that the volunteers have. Many negative representations of voluntourism depict underqualified students working in health clinics or orphanages, fields that require years of specific qualifications. This can certainly be cause for concern. However, it is important to note the benefits as well. Internships abroad are often seen as opportunities for voluntourism. Internships require a certain level of qualifications which ensures that the student or person who volunteers has a certain degree of skill in the required field. This allows the intern to further their understanding of the field in a new culture, while simultaneously having a positive impact on the industry. For example, South Africa has an uneven distribution of doctors as for every 1000 person there is less than one doctor available. Many of these doctors work in the private sector. This has created a need for international medical interns. END_OF_DOCUMENT_TOKEN_TO_BE_REPLACED