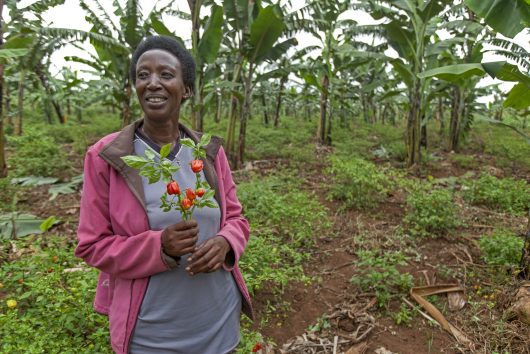 According to the U.N., the majority of people living in extreme poverty are women. This unfortunate reality is commonly referred to as the “Feminization of Poverty.” Lack of resources, education and income for women are among the various reasons this phenomenon exists. However, organizations like The BOMA Project are fighting to end this gender disparity among the world’s poor by empowering women in poverty.

The BOMA Project is a U.S. non-profit organization as well as a Kenyan NGO. The organization was recently chosen to receive a prestigious grant from the Bill and Melinda Gates Foundation.

Notably, the organization seeks to help impoverished women in drought-prone areas. The BOMA Project is currently operating in two Kenyan counties: Marsabit and Samburu. Both of these areas suffer from arid climates that make it difficult for their residents to thrive.

The organization states that REAP, “replaces aid with sustainable income and helps women ‘graduate’ from extreme poverty by giving them the tools they need to start small businesses in their communities.”

The BOMA Project also teaches women how to keep track of daily budgets, be secure during unexpected shocks and save for future purchases. This all-encompassing system has been the foundation of the organization’s success since its beginnings in 2009.

Since then, 9,432 women have enrolled in the program. Of the women who have already completed their two-year training, 93 percent are no longer living in extreme poverty (according to the organization’s criteria) and 98 percent now have savings.

While these numbers are promising, The BOMA Project is aiming to expand its reach, helping 100,000 women and children by 2018 and 1 million by 2021.