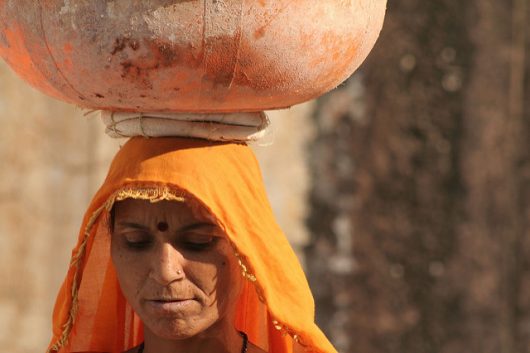 Graduating to Sustainable and Sustained Living

Ultra-poor women are identified by the village community and are often given an asset such as running a grocery store or being in charge of a tailoring machine to live a sustained life. The Graduation Program aims to graduate impoverished women out of poverty into a sustained living.

The program was called ‘Targeting the Hard Core Poor’ (THP) which was piloted by Bandhan-Konnagar for 300 women in the districts of West Bengal, India. The program provided sustainable entrepreneurship opportunities through a sequenced support — a productive asset such as livestock or supplies for trade, technical skills training, savings support, temporary cash or in-kind support to tide over immediate consumption needs, and regular mentoring and coaching over 18-24 months.

These resources helped elevate the impoverished women in India to be engaged in sustainable livelihoods and ultimately graduate out of extreme poverty.

This program was initially used by BRAC in Bangladesh. Ten pilots were implemented in eight countries from 2006 to 2009 to capture lessons of best practice in the fields of social protection and microfinance. The graduation program is designed to understand how livelihoods, microfinance and safety nets can be linked to elevating poor women out of poverty.

Models for Elevation Out of Poverty

In the standard model of elevating people from below poverty line, the state provides a poor woman with employment for 58 days a year, under the 100-day job guarantee scheme at a daily wage of Rs169. The cost of this model is about Rs 20,00o over two years.

The alternative model is when the state provides a woman with an asset and monitors her progress while simultaneously giving her a daily stipend for her consumption needs and ensuring basic health care for the family. Such alternative programs help women come out of poverty much more equipped than rural job schemes suggests.

The researchers assessed the effectiveness of the graduation program for 21,000 impoverished women in India, Pakistan, Ghana and Peru, and compared it to the impacts of standard livelihood schemes.

“Unlike the standard approach of handing the benefits, credit or cash, the attempt to set up entrepreneurial abilities among impoverished women in India leads to welfare,” stated Chandra Shekhar Ghosh, chairman of Bandhan, to a publication. Beneficiaries of the standard program tend to get government assistance whereas the alternative approach’s beneficiaries are not required to repay the cost of the asset.

The program report suggested that after five and a half years from the program’s end in West Bengal, beneficiaries who participated in the program saw a 46 percent increase in consumption as compared with households that did not receive the program.

“Indicators like total savings, the perception of economic security, and time spent productively for program beneficiaries also increased relative to the households that did not receive the programme. They also had improved food security, accumulated more assets, and had better access to credit,” states the report.

THP also demonstrated that for every rupee spent on the program, impoverished households saw Rs 4.33 in benefits — a four-fold improvement. The program is in its tenth year of implementation in India, and has been scaled up by Bandhan-Konnagar to nine states in India. Now, the program reaches over 61,000 beneficiaries with funding support from state governments, multilateral and CSR foundations.

Bandhan distributed livestock worth Rs 4500 to 300 families below the poverty line and paid a daily stipend of Rs 21 a day so that they did not sell off their capital asset. At the end of the program, 94 percent of families could generate enough income to be eligible for credit through the microfinance wing.