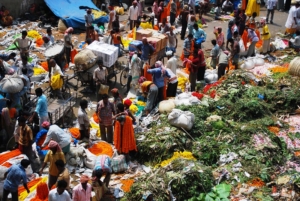 India is located in the South Asian peninsula. It is the second-most populous country, seventh-largest country by area and the largest democracy in the world. Since its independence in 1947, India has had a consistently developing economy. The country made great strides in raising growth, income levels and standards of living. However, the luxuries that a few receive are not available to the majority of the country. Around 77% of all wealth is owned by only 10% of the population. Today, at least 6% of India’s population lives on less than $2 per day. Recognizing this fact, the U.N. has formulated the Sustainable Development Goals (SDGs) to acknowledge and eradicate poverty in every form. The future of achieving SDG Goal 1 in India is promising.

India and the Sustainable Development Goals

Along with being one of the fastest developing economies in the world, India has played a tremendous role in the formulation of the United Nations Sustainable Development Agenda 2030. The SDGs consist of 17 goals, 169 targets and 306 national indicators. Although the SDGs is an exhaustive list, it has not stopped India from making substantive progress towards achieving most of these goals.

Goal one of the SDGs of the U.N. Sustainable Development Agenda is the complete elimination of poverty in every form by 2030. From 2008 to 2018, the poverty rate in India halved as the percent of Indians living in poverty dropped from 55% to 28%. The good news is that India is on track to eliminate extreme poverty by 2030. However, it is important to recognize recent trends to gain a better perspective on where India stands in the race to achieve SDG goal 1.

Updates on SDG Goal 1 in India

As India aims to achieve its goal on time, a glance at recent trends gives an optimistic view of the future of India. India owes its reduction in poverty to its thriving economy and to the coordinated efforts of its government and the U.N. Beginning with the government of 2014, India has made successful attempts in distributing essential commodities to its most vulnerable communities. For instance, electricity, clean water and sanitation. Through a robust anti-poverty scheme, India has granted 90% of its population access to electricity. Additionally, a whopping 99.45% of its population has access to basic sanitation. The latter number is up from 40% in 2014.

The evidence suggests that governments can effectively tackle poverty when they have the means to do so. The past decade in India is a prime example. However, India is only halfway through in achieving SDG goal 1. In order to continue its progress, it is imperative to recognize the benefits of coordinated government initiatives that are supported by our own. For the county’s thriving economy and progress towards SDG goal 1 in India can only sustain itself through the support of the effective government.