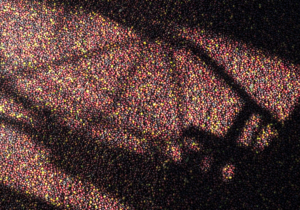 Around 500 billion cups of coffee are consumed around the world in a typical year, an equivalent of 2.25 billion cups per day. The global coffee market was worth $83 billion USD in 2017 and was projected to rise steadily. Despite coffee’s popularity in modern life, few coffee drinkers realize the human cost to their caffeine fix. From inhumane working conditions to child labor and human trafficking, labor exploitation in coffee production is a bitter reality unbeknownst to consumers.

The majority of coffee consumption happens in industrialized nations, with the United States, Germany and France as the largest importers. Conversely, more than 90% of coffee exports come from developing countries such as Brazil, Vietnam, Colombia and Mexico. Evidence suggests the presence of child labor and/or labor exploitation in coffee production in all of the above countries, in addition to many others like Costa Rica, Côte d’Ivoire, Dominican Republic and Uganda, according to a report by the U.S. Department of Labor.

From beans to brewing, coffee production is a multipart process that involves many intermediary stages before the final products reach retail stores. This laborious process means that it is extremely difficult for coffee retailers to track the origins of their coffee and ensure ethical labor practices at the source. It also means that only a small fraction – often 7% to 10%, but sometimes as low as 1% to 3% – of the retail price reaches the hands of coffee farmers. Fluctuations in coffee prices often result in farmers not earning a living wage, which jeopardizes the survival and health of their families.

Growing coffee requires intensive manual work such as picking, sorting, pruning, weeding, spraying, fertilizing and transporting products. Plantation workers often toil under intense heat for up to 10 hours a day, and many face debt bondage and serious health risks due to exposure to dangerous agrochemicals. In Guatemala, coffee pickers often receive a daily quota of 45 kilograms just to earn the minimum wage: $3 a day. To meet this minimum demand, parents often pull their children out of school to work with them. This pattern of behavior jeopardizes children’s health and education in underdeveloped rural areas, where they already experience significant barriers and setbacks.

About 20% of children in coffee-growing countries fall victim to labor exploitation in coffee cultivation. Facing demanding quotas, workers often bring their children to help in the field in order to earn a living wage. The U.S. Department of Labor reports an estimated 34,131 children laborers growing coffee in Vietnam, 12,526 of which are under the age of 15. The same report finds almost 5,000 children under 14 working on coffee plantations in Brazil, often without a contract or protective equipment. In Côte d’Ivoire, children are subject to human trafficking and forced labor. Children are forcibly transported to coffee plantations from nearby countries including Benin, Mali, Togo and Burkina Faso and recruited to work for little or no pay, often for three or four years until they could return home. Threats of violence and withheld payments prevent them from leaving the farms, and many suffer from denial of food and sick leave.