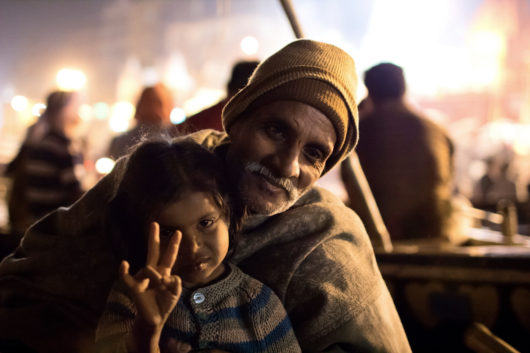 It is shocking how much governments spend on the military, and how much more are weapons prioritized compared to human lives, In fact, only 10 percent of world military spending could eliminate global poverty. But why is it that countries allocate their resources in expanding their military, rather than fighting poverty, home or abroad? What is the relationship between the military and global poverty? This article will provide a few different aspects of militarization, and help understand the dilemma that countries face regarding this issue.

According to statistics provided by the Stockholm International Peace Research Institute (SIPRI), 2017 saw a total of $1.74 trillion spent on the military globally. This entails an approximately 3.1 percent increase compared to 2016.

Sources of military spending around the globe are concentrated on these top ten countries, order by the size of military expenditure: the U.S. ($609,758 million), China ($228,231 million), Saudi Arabia ($69,413 million), Russia ($66,335 million), followed by India, France, U.K., Japan, Germany, and South Korea. As seen, the U.S. spent more than the next seven countries on the list combined.

The Military and Global Poverty Efforts

Many point out that the relationship between the military and global poverty is not always a negative one: the military could often provide humanitarian assistance at times of crisis, technologies from the military could often help alleviate poverty, especially in dire, emergent situations. Furthermore, planes, other transport tools, food, construction materials and skills, medical assistance and communication could all be vital to civilians in regions suffering from conflicts or natural disaster.

The specific roles played by the military vary in different scenarios. The military could simply be a provider of resources such as food items and other needed commodities. It could also send soldiers to assist with humanitarian tasks on the ground. The military could also play the role of the police to maintain peace, though this is a much more controversial use.

There have been arguments, however, regarding the defects of such deployment of the military. It has been pointed out that aircraft is not usually the fastest and most reliable way to distribute food in adverse environments, since planes are also vulnerable to weather conditions, while other transportation means could be cheaper, more effective and more sustainable. Whether humanitarian assistance is offered from a neutral party could also influence the accessibility of poverty alleviating efforts.

The Military: A Cause of Poverty

The amount of humanitarian aid that the military could implement or help provide, sadly, is meager compared to the huge drain of resources needed to maintain a military, the destruction of existing social and economic institutions, or the elimination of potentials for development. Ultimately, conflicts and wars fought by the military are a leading cause of poverty, instead of a solution. Out of 10 poorest nations in the world, eight have recently been in or are still facing significant violent conflicts.

The military sometimes takes away what is essential for a nation’s future. An extreme example is that, instead of sending children to school, some nations send children to war to assist with operations, fight as soldiers, or even act as human bombs. The United Nations’ 2018 Children and Armed Conflict report listed seven countries and 56 armed groups that recruit and use children in war.

How Necessary is the Military for National Security?

Despite the unfavorable relationship between the military and global poverty, some still support large military expenditures due to concerns over national security.

However, according to researchers, an increased military presence does not decrease the potential of conflict in the case of civil war. Good policies and administrations are often much better at preventing rebellion.

War causes poverty, and in turn, poverty and inequality lead to conflict. According to surveys, some young people join militant groups because they face unemployment otherwise. Other researches find that, historically, inequality has been an important factor leading to civil war.

Poverty also significantly contributes to terrorism. It is unclear whether poverty drives individuals towards terrorist causes, but historical data shows that regions with high unemployment and poverty are more prone to the rise of radicalism.

The relationship between the military and global poverty is a complicated one, but it is obvious that funding economic development and durable physical and social infrastructure are more sustainable and reliable long-term solutions to reduce poverty and resolve security problems. It is time for nations to consider whether large militaries are really worth the cost.