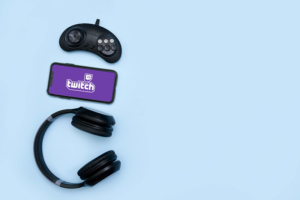 On July 30, 2021, streamer and YouTuber TeosGame raised $60,000 for Save the Children, a 100-year-old nonprofit focused on addressing child poverty around the world. The Swedish gamer Teo used unique challenges and milestones to raise more than $50,000 from his online community during the course of the 11-hour stream, with an additional $10,000 contributed by those who watched the highlights on YouTube. The money raised will allow thousands of children to get the medical and educational help that they desperately require. Streamer Teo provides an inspiring example of how to use gaming and streaming platforms for the greater good.

Raising money for charity is a difficult task that requires creativity to inspire individuals to contribute. Streamer Teo used a variety of entertaining games and fun milestones to incentivize people to help the cause. “Marble Run” was the first video game on the stream, a game that simulates marbles going down an extreme track of twists and turns. Each marble was labeled with a donation incentive, such as “Teo donates $100” or “Chat (referring to the stream’s viewers and commenters) donates $1.” The gamers with the first few marbles to finish would need to donate, making the donations exciting and unpredictable.

As the game went on, individual viewers requested to have their own marbles added with various donations ranging from $50 to $1,000. Another incentive that Teo used to raise money for Save the Children is donation milestones. For every $5,000 raised, Teo would spin a wheel with various punishments, such as him eating a hot pepper or getting hit in the face with a cream pie. This incentivizes galvanized contributions: whenever a milestone was in close reach, the rate of donations would rapidly increase. The creative events that Teo invented are intrinsic to the success of the fundraiser.

After 11 hours of streaming, Teo and the stream’s viewers had donated more than $50,000 to Save the Children. More than 2,800 individuals donated and more than half the money came from donations equating to less than $100. The genius contributions by Teo and his community allow Save the Children to aid vulnerable children in several ways. On Twitter, Teo posted an infographic detailing the statistics of the charity stream and the results.

According to Save the Children, the $51,000 raised during the stream can treat more than 18,000 children for pneumonia, provide more than 2,900 children with malaria pills and fill 79 bookshelves for children living in rural poverty. Alternatively, the donations can go toward building learning centers for 1,250 children who do not have access to education due to civil conflict. With humanitarian crises across the globe in countries such as Afghanistan, Haiti, Lebanon and Syria, Save the Children is providing life-saving services to millions of children in need.

The Value of Charitable Streaming Events

Even though many do not have the same platform as streamer Teo, the success of his fundraiser serves as a great example of how creativity can generate the enthusiasm needed to raise money for charity. Interactive games and other mediums that people feel they have a stake in can make donating feel more salient and easier to justify. Random events such as Marble Run encourage people to increase their donations as individuals do not know whether or not they will be the ones chosen to donate. Increasing engagement and incentivizing people to donate through fun and entertaining live events is a great way to raise money and impact the world in a positive way.