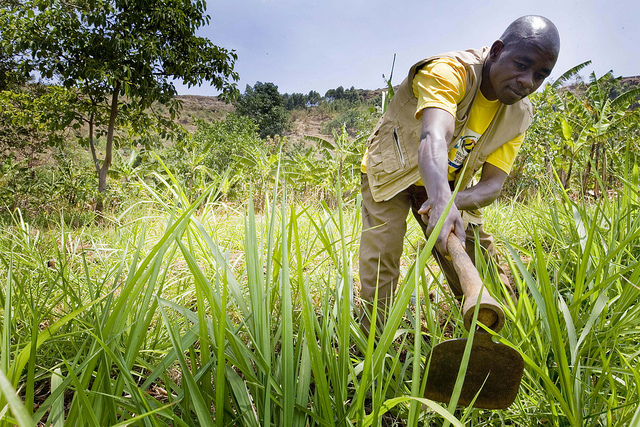 World hunger and food insecurity are on the rise. Food insecurity is defined by the U.S. Department of Agriculture (USDA) as “a lack of consistent access to enough food for an active, healthy life” — the number of malnourished people grew from 777 million people to 815 million in 2016.

The world population is projected to rise to around 10 billion people by 2050, and according to the U.N.’s “Sustainable Development Goal 2,” food production needs to grow by 50 percent for everyone to have enough food to survive on a day-to-day basis. It was estimated that global food insecurity had declined over the last decade — so why is it slowly growing now?

While food insecurity is a difficult and complex situation to solve, there are several factors that created the current state of hunger and malnutrition of society.

Why Has Global Food Insecurity Increased?

In 2017, there were a number of famine incidents that struck parts of South Sudan, Nigeria, Somalia and Yemen. Al Jazeera, a global news network that covers news in the Middle East, reported that nearly two million Nigerians have been displaced, and “Northeast Nigeria now faces one of the world’s worst food security crises, with around 3.8 million people who will face critical food insecurity and around 7.7 million in need of life-saving humanitarian assistance this year” due to Boko Haram attacks in the region. Violent conflicts around the world have also created a shortage in food production and availability for those hit hardest by food security issues.

The state of international food insecurity is not an optimistic one, but it does require action. Groups such as the United Nations World Food Programme and the Zero Hunger initiative fight to provide much-needed assistance to those living in the hardest-hit areas. Much of their work to help worldwide food security consists of coordinating efforts between governments, non-governmental organizations (NGOs), corporations and individuals.

On-the-ground groups such as the Lutheran World Relief focus on bringing water to communities while building cheap irrigation systems that provide water for crops and livestock. Another organization, the World Hunger Relief, Inc., focuses on teaching communities sustainable farming techniques and bringing vegetables to communities in food deserts. There is also work done out-of-country to help fight global hunger.

The Borgen Project works to influence policy in the U.S. so that aid can be given to those in need at a lower cost and quicker rate. The combination of overseas organizations and on-the-ground efforts has proved to be important in fighting hunger worldwide. But even if one doesn’t have time to join an organization to fight world hunger, there are many things every individual can do to help.

Some ways include: volunteering at food drives that aim to send food abroad or to communities in-need, donating to a local food bank, signing up to help sort food within food banks or food drives or writing to, emailing or calling elected officials to support food aid reform.

The Importance of Everyday Effort

The Borgen Project uses the latter strategy to facilitate policy changes over the years that make aid to foreign countries an easier task for the U.S. Even taking a few minutes out of a day to write an article or two about world hunger can raise awareness and help stop the tide of food insecurity.

All in all, today’s world has a growing population still facing the problem of global food insecurity. With the state of international food insecurity at risk, it is up to us as a society to step up and help others have a secure food source.