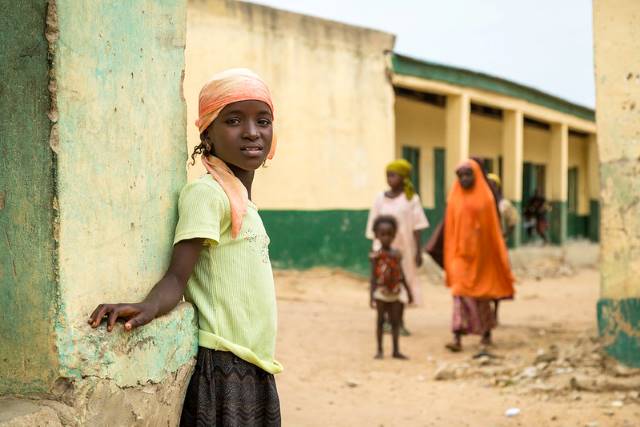 “The importance of water, sanitation and hygiene has been emphasized by the COVID-19 pandemic,” said Stephen Haykin, USAID mission director, at the online signing of a memorandum of understanding (MoU) between USAID and Taraba State on May 21, 2020. The MoU lays out commitments to improve water and sanitation in Taraba, a small state in Northern Nigeria. In a nation where out of more than 203 million Nigerians, 130 million did not have access to basic sanitation in 2020, it is no surprise that sanitation remains a constant discussion among policymakers. However, Taraba grapples with severe sanitation issues — sanitation in Taraba is far worse than in most other Nigerian states. The signing of the State Water Sanitation and Hygiene bill in Taraba on December 19, 2019, brings hope for improvements.

To put this issue into perspective, according to a 2020 journal article, Taraba has an open defecation rate of 52.5%, much higher than the national average rate of 37%. The state’s sanitary facilities and services, such as “safe, sanitary disposal of human waste, hand washing and water supply facilities,” are basically non-existent. In a state where roughly nine in 10 people earn less than 90 cents per day, this comes as no surprise.

Aside from that, due to the state’s landscape, wastewater, human feces and other waste materials collect in shallow borehole fields. This leaves Taraba’s people exposed to contamination by germs and chemicals, which can give rise to potentially fatal waterborne illnesses, such as cholera and typhoid.

Not only does the extensive poverty throughout the region worsen the effects of poor sanitation as most are unable to afford medical attention, but the lack of education due to poverty results in poor sanitary practices. Across the most impoverished northern states of Nigeria, on average, only 57% of children attend school, resulting in roughly 8 million out-of-school children as of 2020.

Along with the State Water Sanitation and Hygiene bill, which aimed to improve the state’s access and use of clean water, in 2019, Governor Darius Ishaku of Taraba urged his people to “engage in proper disposal of solid waste” and “cleaning of teeth and bathing at least once a day,” among other improved sanitation and hygiene practices.  Additionally, up to 2009, the state had imposed a Sanitation Day every month to encourage citizens to engage in sanitary practices and clean-ups. Although this mandate is no longer in effect, the African Development Bank Group says it was “well adopted.”

This year, in 2022, the International Technical & Engineering Co. Limited (ITEC LTD), an NGO established in 1981 as a servicing company, appealed to the Taraba State Government to impose a State Environmental Day monthly. The request came after four days of environmental courses, intending to teach locals appropriate waste management and sanitary practices to celebrate this year’s World Environmental Day.

The State Environmental Day aims to set aside time for citizens of the state to take part in clean-ups to address some of the environmental problems Taraba faces. ITEC LTD believes that this will help Taraba engage in the three Rs of waste management: Reduce, reuse and recycle — crucial steps for preserving the environment.

Similar regulations, and clean-ups in general, prove to be effective at addressing environmental concerns, according to multiple studies. It is difficult to note the positives that have come from the COVID-19 pandemic, however, policy changes, such as the potential introduction of Taraba State Environmental Day, indicate that the pandemic has prompted nations to place a renewed focus on environmental issues.