Tag Archive for: Startups in Kenya 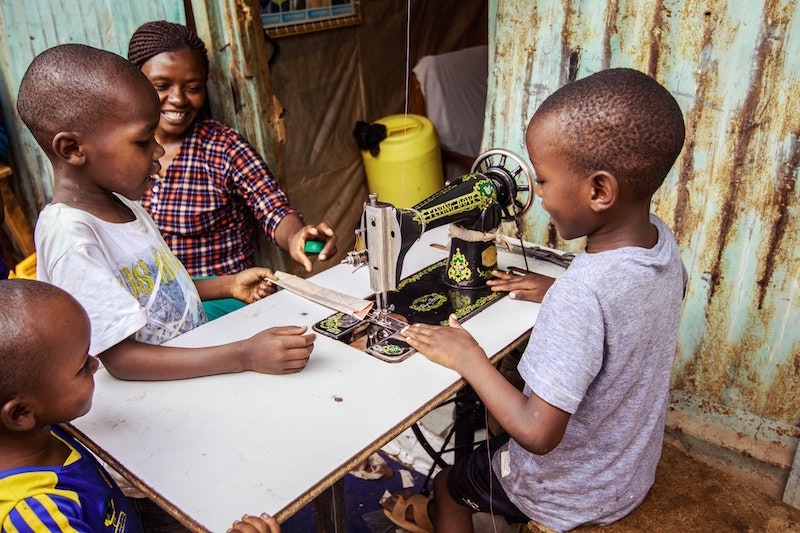 Startups in Kenya are notable contributors to its economy, making up 30% of the national value. Home to more than 200 startups, Kenya is a regional leader in terms of a successful startup ecosystem, which is improving the lives of Kenyans by bringing modern and sustainable solutions to society’s biggest day-to-day issues. According to a 2022 report by StartupBlink, Kenya is amongst the top five startup ecosystems in the Middle East and Africa region and is third in Africa.

With more than 30% of the population having access to the internet compared to 17% in 2017, Kenyans are able to reap more of the benefits tech startup companies bring. Government support to local tech startups began with the project of Konza Technopolis, a hub for tech companies just outside of Nairobi.

M-Pesa allows Kenyans to use their mobile phones to keep and transfer money, without the need for the internet. Mobile numbers act as account numbers and transactions only need a SIM card to go through, making it more accessible to the communities without internet access. Essentially, M-Pesa’s goal is to achieve financial inclusion in Kenyan society.

Although M-Pesa came to life through the joint partnership of two well-established communication companies, the idea of M-Pesa emerged both from the companies and the Kenyan people to respond to a long-lasting problem that has occurred for a long time.

M-Pesa is currently available and used in 10 countries with 50 million active users in Africa. Analysts estimate the company’s value to be around $3 billion.

With six global offices and more than 1,000 employees, M-KOPA came alive in 2010 with the dream of improving living conditions for Kenyans by making goods and services easier to attain. The company’s 2021 impact report shows that less than half the adults in Kenya have access to bank accounts, limiting Kenyans’ participation in the formal economy.

With limited access to financial institutions and tools, establishing a credit score becomes a challenge. M-KOPA provides a pay-as-you-go financial model for the ownership of tech products ranging from phones to solar energy home products like TVs and refrigerators. The enterprise further loans cash and an insurance plan called Hospicash.

The startup currently has 20 million customers in its network and has helped 75% of customers earn additional income by making pay-as-you-go devices available for their use to further support their enterprises. Besides finance-tech startups, retail and e-commerce startups in Kenya play a significant role as well, in improving livelihoods by facilitating the integration of sellers into the market.

The startup set off by facilitating the selling of bananas from farmers to retailers. The goal of the company is to lay out a durable and modern solution to the insufficient and inefficient supply chain in Kenya. By signing up for the software as a vendor, Kenyans can easily bring together their good with retailers with the facilitation of Twiga Foods startup. A solution as such brings food security to the people and real financial profit to the sellers struggling to safely put their goods on the market. Generating $50 million in income in 2021, Twiga is a great asset to the Kenyan economy.

Launched in 2016, Lori Systems is an app providing logistics services and controlling haulage across markets. In Africa, more than 70% of a product’s cost is due to logistics, compared to 6% in a country like the U.S. Lori Systems aims to lower the cost of logistics which automatically lowers the cost of the product, making it easier to attain. Lori Systems operates in six countries in Africa and specializes in the transport of goods such as bulk grains, fertilizers, containers steel and bitumen.

Apollo Agriculture is an agro-tech company that assists small-scale farmers in maximizing their profits. Apollo combines all of a farmer’s requirements, including guidance, insurance, market access and finance for farm inputs in order to provide them with the services they need to grow their businesses and maximize crop productivity.

The startup uses satellite data imagery of farms and machine learning to run the process of determining a farmer’s credit score. Apollo Agriculture is rather new to Kenya’s startup ecosystem, as the company originated in 2016. About 30% of Kenya’s Gross Domestic Product (GDP) comes from agriculture, making agriculture a notable asset for the Kenyan economy. The creation of startups such as Apollo Agriculture is a big first step in improving livelihoods from the roots. Startups in Kenya raised more money in the first half of 2022 than they did in 2021, coming close to $1 billion, leaving a promising impression for the rest of the year and the future.