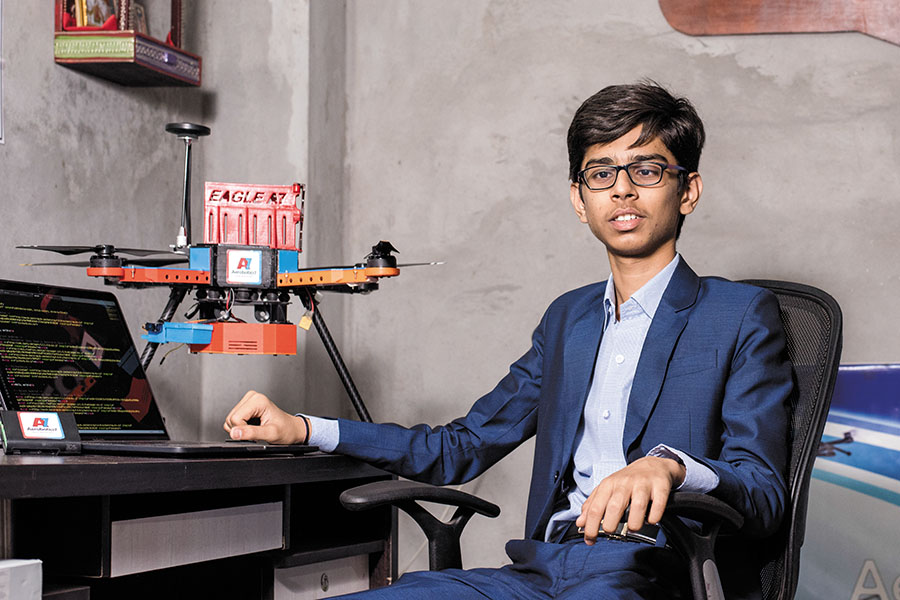 “The old model was we need something built, we hire a contractor,” USAID head Rajiv Shah said. “The new model is solve these huge and challenging problems with innovators and entrepreneurs who can come together and create the kind of solutions that can scale up to reach tens of millions of households.”

Development labs at seven major universities so far have received funding from USAID. The labs are field-testing a variety of new products, ranging from hand-held medical diagnostic technology to sanitation devices.

While diverse, all products are consistently cheap enough to dispense broadly and efficiently, according to a report from the Los Angeles Times.

Most recently, the agency granted Kansas State University $50 million towards their Feed the Future Initiative.

“With four Feed the Future Innovation Labs now hosted by the College of Agriculture and K-State Research and Extension,” said dean of the College of Agriculture at Kansas State University, John Floros. “USAID is making a nearly $100 million investment in Kansas State University’s ability to provide leadership to the global food systems research, teaching and extension efforts.”

Another project endorsed by USAID is Gram Power, an entrepreneurial firm considered a pioneer in off-grid renewable energy in India. This project was kickstarted by Yashraj Khaitan, a UC Berkeley student originally from India.

“I wanted to use technology to work on something high impact,” said Khaitan.

The firm’s model is projected to vastly expand electrical power to Indian homes, according to vice president of infrastructure at Google and guide to the Gram Power effort, Eric Brewer.

“We are looking for ways to find more Gram Power type projects,” said Ticora Jones, director of university-based projects for USAID. “We want to populate a pipeline of innovators.”

When startups in Africa are discussed, people often generalize the continent as a whole. But it seems that Nigerian startups in particular are making big strides toward being the future of business on the continent.  A slew of investments and ideas suggest the country will be the most prominent for some time.

In April 2014, the Nigerian economy added 89 percent to the GDP literally overnight. After adjusting its figures, the country is now worth $510 billion, easily surpassing the now number two South Africa at $370 billion.

The country did not have to squeeze the numbers, per se, but simply updated figures that were two decades old. The economy had been growing steadily at 7 percent per year but this year, the appropriate values to the banking industry and the burgeoning film scene were added, among other areas.

Despite all the other numerous problems the country faces—like ranking 153 out of 187 on the U.N. Human Development Index—its position as number one should prove to be a much needed boon.

And so far it has, at least for the startups that are quickly appearing in the country.

In the technology sector, incubation center Co-Creation Hub has made $500,000 available in order to fund ideas and experimentation. Startups will be given between $10,000 and $25,000 to clarify ideas and work out issues with business models.

Other companies are excited about the future of tech in Nigeria as well. Microsoft Corporation will sponsor the 2014 DEMO Africa Event, which is scheduled to take place in late September. The event will feature the top 40 startups from the country.

One company featuring at this convention will be Integrated Medics. In a country that needs to advance its healthcare as quickly as possible, it is certainly a highlight that a medical care startup will be featured. The startup plans and promises to deliver smooth and mostly automated healthcare features.

The outlook for the Nigerian economy overall is positive. As the country continues to grow (it’s expected to surpass the United States in total population by 2050), it must also continue to rely on both small and big business to keep its place as the number one African economy.