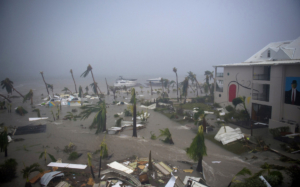 Located in the Leeward Islands in the Caribbean, Sint Maarten and St. Martin comprise one small island of fewer than 80,000 people. The northern part of the island, St. Martin, is a French territory, while Sint Maarten, the southern portion, is a former Dutch colony that gained independence within the Dutch Kingdom in 2010. The local island economy centers around tourism, as the island draws more than one million tourists every year to its scenic beaches and resorts.

In September 2017, Hurricane Irma, a Category 5 hurricane with winds up to 182 miles per hour, devastated the once serene and lively island. Responsible for 14 fatalities, Irma destroyed infrastructure and left residents without electricity, running water and telecommunications. Nearly two years after Irma hit the shores of the dual-country island, here are five facts about the resiliency in Sint Maarten.

Almost two years since the winds and rains of Hurricane Irma transformed the once welcoming island into a deserted entity flooded with water and rubble, the remaining residents remain to show the resiliency in Sint Maarten to rebuild their homes and return the island to its former beauty.