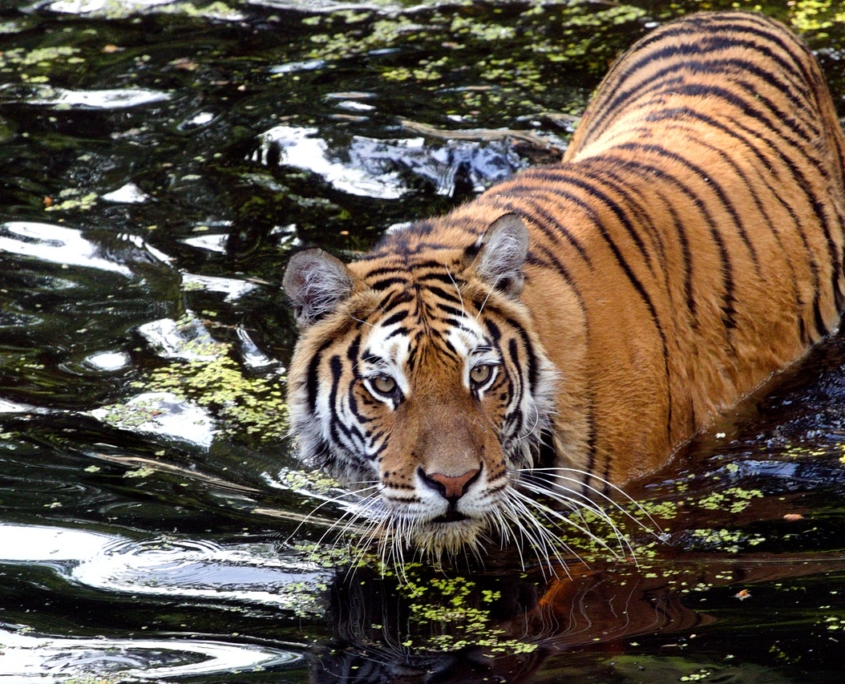 The opening of a tiger reserve along the Vaigai River in India offers hope that more conservation efforts will replenish the dried-up river. Once a vast, plentiful river that farmers relied on for crop cultivation and drinking water, this body of water has largely dried up. Many citizens and conservationists look forward to the preservation efforts now that India has directed efforts into preserving the surrounding land. Hopefully, the new tiger reserve will improve water insecurity and agriculture in India through the revival of the Vaigai River.

What Happened to the Vaigai River?

The Vaigai River is dry for almost 300 days a year due to poor maintenance over the last 30 years. Sewage drainage and insufficient silt removal have changed both the quality and quantity of the water. Moreover, drought and inadequate rainfall have also been contributors to the depletion of the river. In fact, this year was the first time that the Vaigai Dam had enough water to release in 12 years. Additionally, the insufficient rainfall can be partially attributed to the rapid deforestation India has faced.

Further, the sewage in the water has made the river a breeding ground for mosquitoes. Moreover, India carries 2% of global malaria deaths and 85.2% of Southeast Asia’s malaria burden. The country has made significant strides in malaria case reduction. However, this issue puts residents along the river at risk for infection.

Why the River Is Important

Residents in three districts receive their daily drinking water from the Vaigai Dam. This is significant as less than 50% of the Indian population has access to clean drinking water. Also, at least two-thirds of all Indian districts face water insecurity issues due to groundwater depletion and drought.

In 1959, the Madurai District built the Vaigai Dam to provide drinking water and combat water insecurity for farmers, who rely on the river to irrigate crops such as rice, cotton, peas, black gram and sorghum.

How the Tiger Reserve Can Help

On February 8, 2021, a government order declared two major wildlife sanctuaries would be combined to create a fifth tiger reserve along the Vaigai River. This new reserve will be called the Srivilliputhur Megamalai Tiger Reserve.

Once the reserve is operational, poaching, encroachments and grazing will be outlawed. This will preserve the surrounding land and the river. Experts except the tiger reserve will be in the forests of Meghamalai. This location is ideal as it will protect the land from deforestation and increase rainfall and water flow by acting as a watershed.

The Forest Conservation Act of 1980 will be used to enforce the regulations now that the land surrounding the river is considered protected land. This means poor silt removal practices, sewage drainage and poor maintenance by any government official can result in a fine or jail time. This gives Indian citizens the ability to hold their government accountable for the mismanagement of the river.

A forest official told The Hindu News that “with this new tiger reserve, Vaigai river and its catchment areas will be fully protected. The river, battling for its life, will be saved. This will help in the long-term sustenance of people in several southern districts.”

This new tiger reserve in India is one of the first protective orders for the land surrounding the Vaigai river. Farmers, conservationists and citizens alike look forward to seeing the Vaigai river return to its former glory, alleviating water insecurity and aiding crop cultivation.