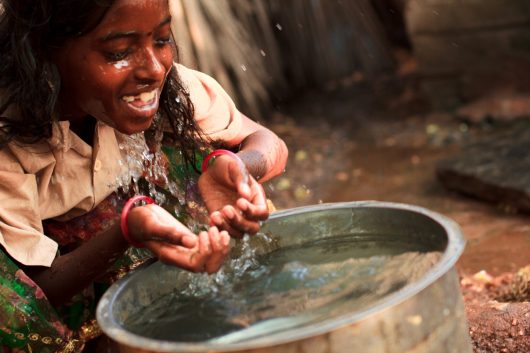 In rural India, access to potable water is virtually nonexistent. Dirty water runs rampant, wreaking havoc on communities by spreading disease, with 37.7 million Indians annually suffering from waterborne diseases. An estimated 80 percent of the region’s 325 million inhabitants have no access to safe drinking water. Further, only 16 percent of India’s total rural families have access to piped water, and of the 1.7 million rural habitations that were supposedly supplied with potable water through the National Rural Drinking Water Programme, a disconcerting 21 percent of such habitations were found to have traces of arsenic within the water.

Thus, it is clear that access to clean water in India is a serious issue. Consequently, such an enormous undertaking typically requires an enormous price tag. As such, the increasing efforts to provide communal water systems are almost impossible to support financially, as an average system will typically cost anywhere from $10,000 to $50,000.

Yet, a company called Spring Health is changing the narrative. Spring Health provides low-cost safe water “kiosks” in Orissa, a rural state in northeastern India. After cleaning the water using a liquid chlorine solution, the water is distributed via motorcycle to rural vendors. Spring Health constructs cement water tanks near pre-existing local retailers within a village, which allows local retailers to then pump the water from the tanks into 10-liter Spring Health branded containers. From there, these local vendors sell the water alongside their other products, returning a portion of their water profits to Spring Health.

The system has revolutionized life in Orissa and is currently expanding. Within the next three years, the company is projecting to serve five million people via 10,000 village retailers, and it also hopes to one day export the system to other nations in order to serve on a global level as well. By simply capitalizing on pre-existing retailers and creating a low-cost distribution system using standard methods of transportation, Spring Health is advancing the fight for clean water in India.