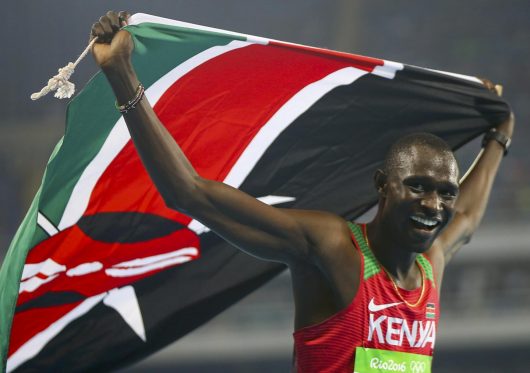 During the 2016 Summer Olympics in Rio, Kenya once again proved its dominance in the realm of track and field. And, the Kenyan Ministry of Tourism hopes that this success will continue to promote one of the fastest growing industries in the world, sports tourism in Kenya.

According to an article published by CNN, tourism in Kenya produces about $6 billion a year, but the recent rise in terrorism has hurt the industry. Government organizations have begun to focus on sports tourism as a solution to this downturn in the country’s economy.

The beauty, history and culture of East African countries, combined with the popularity of their native athletes has allowed sports tourism in Kenya to prosper in the past few years. Fatuma Hirsi Mohamed, the principal secretary at the Ministry of Tourism, stated, “our sportspeople put the country on the global map.”

Kenyan middle-distance runner David Rudisha, commonly known as “the King”, solidified his place as one of the greatest athletes in the world when he won the men’s 800-meter race in Rio, his second gold medal in that event after setting the world record during the 2012 Summer Olympics in London. However, Rudisha is not only known for his abilities on the track, but he has also become one of Kenya’s most prominent ambassadors for tourism.

Kenya offers attractions for all types of tourists, including world-class athletes, dedicated fans and curious travelers. The famous town of Iten, Kenya located in the Great Rift Valley is one of the country’s most popular destinations. This high altitude attraction is most famous for being the training ground of countless decorated Olympic runners, including Rudisha. Lornah Kiplagat, a world champion runner, founded Iten’s High Altitude Training Center, which is now visited by both training Olympians and casual runners from across the world.

While Iten is an enormous draw for many tourists, Kenya is looking to expand the industry by building on many of their already popular events. The annual Maralal Camel Derby is a world-renowned race that attracts local and international spectators, with all proceeds going toward local communities. The Lewa Marathon, which is known as one of the world’s toughest marathons, also raises money for conservation and community projects.

The country is hopeful that sports tourism in Kenya will be a viable industry heading into the future. The country will continue to host sports events and clinics, while star athletes such as David Rudisha inspire fans to visit and experience the beautiful home of Olympic legends.