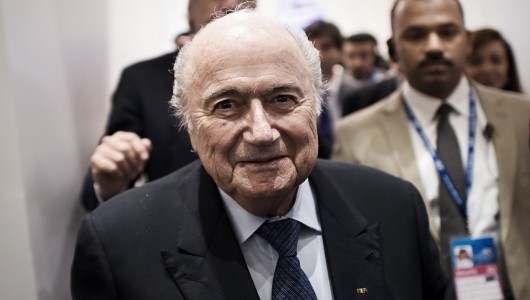 The Sports & Rights Alliance (SRA) is a newly formed coalition of NGO’s focused around preserving human rights in relation to global sporting events. The list of issues the SRA advocates for includes, but is not limited to: ending citizen displacement from sport infrastructure, imprisoning protesters, exploitation of workers, unethical bidding practices and environmental destruction.

This past February, the SRA penned a letter to the President of the International Olympic Committee (IOC) stressing an adherence to the principles regarding the 2020 and 2024 games. The approved standards mandated by the International Labor Organization was a point of emphasis in addition to increased oversight and inspections for human rights conditions. For the bidding process, the letter requested robust efforts to maintain and enforce ethical business and anti-corruption in choosing a host city.

The IOC met this past February in Brazil to discuss “Agenda 2020,” the strategic outline for the future of the Olympics, which was passed by the committee in December of 2014. The closing of bid registration for the 2024 Olympic games is set for September of 2015 so the timing is most appropriate.

Many recent international games have come under intense scrutiny for similar violations. Free speech issues and poor treatment of their LGBT community has cast many questions and doubts regarding Russia’s selection as 2018 World Cup host. The 2008 Beijing Olympics and the 2014 Sochi Winter Olympics were tarnished due exploitation of workers, suppression of free speech and corruption. The SRA cites these as examples of a divergence from what international sport and competition should stand for and symbolize.

Additionally, the inaugural European Games are currently being held in Baku, Azerbaijan causing concern and objection throughout the continent. The country has a questionable human rights record and in recent months, government protesters, human rights advocates and international journalists have been detained and imprisoned on inflated charges. This causes great concern for the international community and for Europe in particular.

Another letter written to the President of the European Olympic Committee stressed the immediate and unconditional release of all current activists and journalists who are imprisoned. Furthermore, the letter called for an end to ongoing intimidations, detainments and persecutions of the aforementioned individuals.

FIFA’s selection of Qatar as the 2022 World Cup host has also been met with serious concern and criticism. In lieu of a pre-existing Football infrastructure, the country has relied upon migrant laborers to build multiple stadiums to host the Cup. This arrangement of labor is common throughout the Arabic Peninsula and known as the “kafala” system and is likened to modern day slavery.

FIFA has been inconsistent in their actions to condemn working conditions. The organization has stated their concern for the workers welfare, but also deny responsibility for their treatment. Referring to the government contractors, FIFA President Sepp Blatter, is quoted as saying “they are responsible for their workers.”

Before the FIFA Presidency election, the SRA wrote to President Sepp Blatter and his three opponents citing their grave concern for the condition of the workers. The letter included a questionnaire about their views on the current state of human rights in their sport. It also called for the victor in the election to take action to rectify any violations in the first 100 days of their presidency.

The SRA has proven to quickly become a powerful voice in international sports relations and gathered a following through their advocate efforts. Regarding the allegiance to human rights principles, the SRA have consistently ended their letters by saying, “All these standards should not be based on goodwill, but must be non-negotiable and absolutely binding for all stakeholders.”