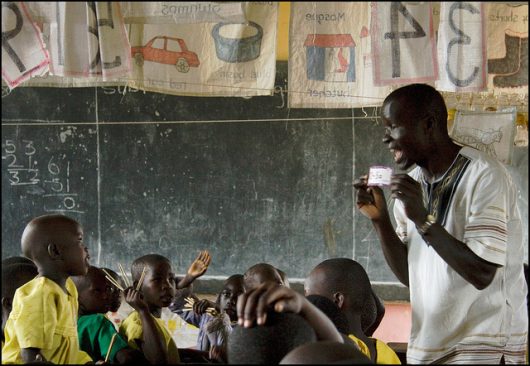 In eastern Africa sits Uganda, nicknamed “Pearl of Africa,” a land of rolling green forests, waterfalls and red dirt. Within this Pearl live an estimated 2.5 million children with some sort of disability, whether that be mental, physical, sensory or a combination of the three. In spite of government efforts to create an inclusive educational environment for these children through a focus on institutionalized special education in Uganda’s public school system, the reality is that only nine percent of said children attend primary school and only six percent attend secondary school.

There exist multiple legal efforts to address this issue. Two of the most significant, broad measures include a part of the Ugandan constitution of 1995, which recognizes the rights of people with disabilities (PWDs), and the Parliamentary Elections Statue of 1996, which ensures there are five representatives of PWDs in parliament—the latter being an admirable measure whose counterpart does not exist in the U.S. Various other legal measures exist regarding special education in particular, notably the UNISE Act of 1998, which created the Ugandan National Institute of Special Education to train special education teachers and the Universal Primary Education Act of 1997, which gives families with special-needs children priority in school enrollment.

In 2007, USAID entered the picture, partnering with Uganda for the Unity Project, an effort to create and mainstream special-needs education within the Ugandan school system. In response to the work done through this program, Jeremiah Carew, the acting USAID/Uganda mission director, asserted that “Uganda is far ahead of other East African countries in institutionalizing special needs education: most other countries have special schools rather than mainstreaming special needs education.” The program terminated in 2011 after having trained more than 3,000 teachers in special education skills during its four-year period of operation.

In spite of all these programs and legal structures, the fact remains that only 225,000 out of the estimated 2.5 million children with disabilities in Uganda attend primary school. As a result, the problem appears to go much deeper than a simple lack of appropriate programs. In reading articles from local journalists, it is evident that two significant pieces remain unaddressed by international and governmental structures, the first being an issue of cultural attitudes and understandings towards PWDs and the second being a lack of specialized education rather than simply “institutionalized” education.

Addressing the nation’s traditional beliefs about disabilities—which largely discriminate against and marginalize those that possess them—is a necessity in creating an environment in which PWDs have the capacity to achieve their potential. Further, creating curriculums that equip PWDs for life specific to them, rather than generic to all, is essential in best preparing PWDs for future efforts to obtain jobs and other opportunities; in other words, creating educational programs that focus on allowing PWDs to flourish in their potential rather than those that focus on simply assimilating PWDs into everyday life are necessary in allowing PWDs to identify, understand and use their strengths to cultivate their futures as much as possible.

Thankfully, there exist various organizations, one of the most prominent being Special Children, which recognize the necessity to address cultural misconceptions and educational focuses in the effort to improve special education in Uganda. These organizations work to educate the general populace and PWDs themselves about special needs, with an emphasis on the various “abilities” present within disabilities. Thus, despite the lack of governmental efforts to address these aspects of the issue, there is immense capacity for growth through the work of nongovernmental organizations.