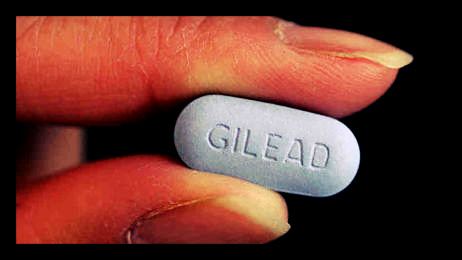 Approximately 150 million people around the world are afflicted with Hepatitis C, a deadly liver infection that causes severe complications among its patients. It looks as if this viral infection might have finally met its match with the introduction of Sovaldi (sofosbuvir), a supposedly highly effective new drug made by California-based pharmaceutical company Gilead Sciences Inc.

Gilead’s executive vice president, Gregg H. Alton, claims that the drug is among “the biggest breakthroughs in medicine in the last 10 years.”

Countries around the globe will be the judge of that, as the current high price of the drug is unaffordable to all but the wealthiest in most low and middle-income countries. In the United States, Sovaldi sells for $1,000 per pill, meaning that a twelve-week regimen would cost an estimated $84,000.

As most people afflicted with the virus are poor or incarcerated, this is fueling anger even in one of the world’s wealthiest nations. Gilead Sciences is attempting to solve this issue by licensing the drug to a number of generic pharmaceutical manufacturers in India. Discussions are still underway but the price for a 24-week regimen of Sovaldi would run at about $2,500 for patients in public hospitals, community clinics, and NGOs.

This amounts to 2% of the U.S. price and the deal is slated to affect up to 60 low-income countries.

That said, activists continue to raise concerns about the cost of the drug.

Rohit Malpani, a policy director of Doctors Without Borders, agrees with other critics that Sovaldi could be sold for as little as $136 for a twelve-week regimen, substantially less than the licensing deal currently underway with Gilead. However, it is important to note that the pharmaceutical companies in India are the only players who will be able to bring the price of the drug down, depending upon the amount of competition.

Gilead has created programs for lower-cost versions of its HIV/AIDS drugs, so why not allow similar access to the Hepatitis C drug? Either way, Gilead Sciences will be making its fair share of money.

Analysts estimate that the drug will generate billions of dollars in annual sales, as about 3% of the world’s population has been infected with the virus. The last three weeks of 2013 alone generated more than $139 million for the medication.

With the price of Sovaldi in India currently up for debate, clinical trials are already being conducted to test the drug on the local population. If the licensing deal goes through with Gilead Sciences, it will take about two years before the product is actually available in India, and hopefully a number of other countries.

The hopes are that Sovaldi will eventually be accessible in resource-limited settings where it is most needed.