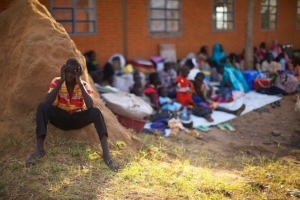 South Sudan has been in unrest since December 2013, when a civil war was sparked by conflict between the nation’s president and vice president. Supporters for President Salva Kiir were pitted against opposition supporters for Vice President Riek Machar, creating a power struggle over which regime would control the country. This resulted in five years of violence against armed forces and unarmed civilians. The devastation from this civil war has resulted in an estimated 400,000 deaths and has caused nearly 2.5 million refugees to flee the country.

Of the many atrocities committed within this civil war, the recruitment of children into armed forces is one of them. Recruitment, in this case, means the abduction or sale of children. Child abduction across South Sudan has become more frequent due to the nation’s civil war. In 2018, the U.N. last reported that around 19,000 children have been forced into armed groups across South Sudan. Young boys are typically made into child soldiers, while the abducted young girls are made into child brides. It is not uncommon for young girls to be sold into marriage, as the nation’s civil war has economically damaged many communities.

Where these abducted children end up is a mixed bag; some of these children are taken by armed opposition groups, while some of the child soldiers wind up in South Sudanese government forces. For the children integrated into government armed forces, their placement there is not condoned by the nation’s army, South Sudan’s People Defense Force (SPLA). A spokesperson for SPLA, Lul Ruai Koang, publicly stated, “We don’t want child soldiers… We gave their names to UNICEF.” In other words, if there are child soldiers found within SPLA ranks, their information will be given to UNICEF. From there, UNICEF is in charge of what happens to these children.

As for the South Sudanese children released from their hostage situation on July 23, 2019, UNICEF has enrolled all 32 boys into a three-year integration program. This program will provide for the boys’ basic needs, along with additional educational and psychological programs. As of July 2019, UNICEF has assisted 3,143 children throughout South Sudan after they have been released from armed forces. UNICEF’s reintegration programs have become essential in helping these children cope past their traumas and become functioning members of society.

“These children are deprived of a childhood and have seen things children should never experience,” South Sudanese UNICEF representative Mohamed Ag Ayoya said about the July hostage release. “However, it is not too late to give them a future, and that future started today.”