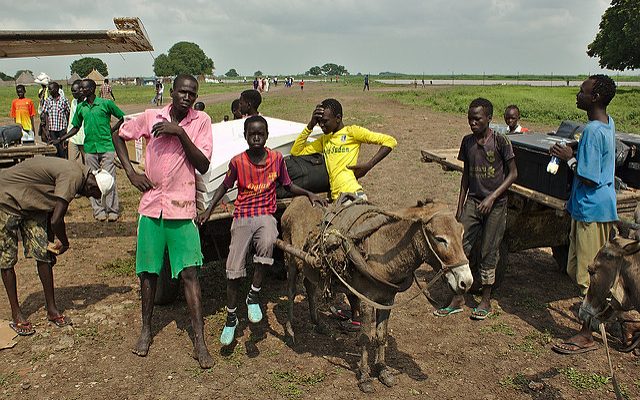 Child soldiers were brought to the attention of the American public in 2012 when the “KONY2012” campaign, aimed at dismantling a Ugandan warlord, soared in publicity. However, children being used in combat is not new to various regions of Africa, including South Sudan.

In 1983, civil war broke out among the Sudanese people, eventually creating in 2011 the countries known today as Sudan and South Sudan. This war led to the separation of families, murders, poverty, lack of educational resources and most notably, South Sudan child soldiers.

According to the International Rescue Committee, the number of children fleeing South Sudan in 1985 to escape recruitment as soldiers in the civil war was as high as 20,000. This number is shockingly high with a 1985 population of only five million in South Sudan. Children fled to neighboring Ethiopia only to die from hunger, dehydration, crossfires and wild animals along the way.

Due to outcomes associated with the war, South Sudan has been unable to properly maintain nutrition among its citizens in recent years. Often, children are only guaranteed meals and housing if they enlist in the South Sudanese military, leaving them with the choice between staying unarmed, educated and hungry, or armed, fed and uneducated. Children may choose to join the military simply as a means of survival.

South Sudan child soldiers are known to be used in every way that an adult soldier would be used. Children are given and taught how to use assault rifles, engage in direct combat (as spies), and serve as cooks for troops among other activities.

The prevalence of South Sudan child soldiers seemed to dissolve throughout the early 2000s; however, over the last several years, the numbers have begun to creep up again. In 2013, South Sudan ended a several-year-long ceasefire when tensions between different ethnic groups rose.

When the war resumed, the children of South Sudan were again recruited for combat. This sparks a series of issues for the South Sudanese people over the next years, such as infrastructure instability, economic poverty, food shortages, violence and poor education.

Although the situation in South Sudan may seem bleak, there is very real hope. South Sudan is rich in diversity with many different religious practices and ethnic cultures. While the tensions between different ethnic groups have instigated a large amount of violent tension, the different groups each bring something unique to the cultural brand of South Sudan.

A history of aid workers present in the country assists the country’s development and recovery from its civil wars. The next few years will be a pivotal time in shaping the future of the Republic of South Sudan and its children, so time will tell if child treatment improves.