Twenty years after the Rwandan genocide, personal stories of heroism are still coming to light. One such story is that of Zula Karuhimbi, who saved more than 100 hunted Tutsis through acts of “sorcery.”

She kept these Tutsi fugitives safe and hidden during the three-month genocide in 1994, concealing them in her house beneath dry leaves and beanstalks, as well as in a foliage-covered pit she dug on her property.

When machete-wielding Hutu militiamen arrived and ordered her to open her doors, Karuhimbi decided to challenge them. She had grown up in a family of traditional healers, and many suspected her of being a witch. Karuhimbi used her skills and reputation to her advantage. She threatened to use sorcery against the Hutus if they approached. She also covered her hands in herbs that cause skin irritation and touched the Hutus, who believed a powerful spirit was cursing them.

When the militia attempted to burn her house down and shoot through the walls, Karuhimbi retreated inside. But then she shook various items and instructed the hidden Tutsis to scream and wail. She again scared the Hutus away by convincing them that the noises came from angry spirits. Such Hutu attacks occurred many times throughout the genocide, forcing Karuhimbi to remain vigilant and determined.

As a practicing Muslim, Karuhimbi maintains that she never believed in magic. But she felt it was her duty to defy the Hutu militia any way she could. Yet this brave woman’s actions resulted in the loss of her two children, both killed by Hutus.

Karuhimbi says she was inspired by her mother, who always helped those in need. When violence erupted based around The Hutu Manifesto in 1959, Karuhimbi and her mother saved the life of current Rwandan President Paul Kagame. Kagame went on to lead the Rwandan Patriotic Front, whose victory ended the 1994 genocide.

Karuhimbi says she acted selflessly because she believes that all humans are connected. “We are one. Our forefathers and foremothers are one for all of us. We are siblings to each other,” she said.

Her courage and determination has been acknowledged by both her countrymen and the international community. In 2006, President Kagame honored her with Rwanda’s Campaign Against Genocide Medal. In 2009, she was flown out to Italy to witness a tree being planted in her honor in the Garden of the Righteous.

Yet today, Karuhimbi still lives in the same tiny, dilapidated mud house where she hid the Tutsi refugees. She continues to practice traditional medicine. Her popular products include potions to fix ugliness, unemployment, “head problems” and mosquito bites. Although folk remedies are increasingly viewed as primitive or even Satanic in Rwanda, many members of her community still consider her a kind healer rather than a “witch.” She was never able to acquire a formal education and her livelihood has relied a great deal on small-scale agriculture. In her younger years she sold vegetables in her district. But now, at the age of 89, she is no longer able to farm so she depends on the charity of her neighbors and relatives.

Frail and often forgetful, Karuhimbi still remembers the horrors of the genocide. Yet she has more than persevered through tragedy — she has remained optimistic in her outlook on life and humanity. “Love is the most important thing,” she said. “Find someone to love and the future will always be bright.” 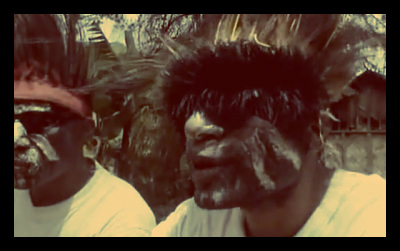 To most Americans, conversations surrounding witchcraft and sorcery seem antiquated. Such hysteria appears to be from a different time, a puritanical period in the earliest colonies that persists only through something like Nathaniel Hawthorne’s The Scarlet Letter. However, in Papua New Guinea, where belief in the preternatural is widespread, discussions of witchcraft— called sanguma in the local language—is quite common.

In a community where any misfortune can be blamed on a person with little tangible evidence, human rights violations are rampant, and systems of fair trial and justice crumble. The sorcery-related violence that comes as a consequence of this belief in the supernatural often translates to gender-related violence. The most targeted citizens are often the weakest in a society: women, widows, and the elderly, those who are unable to adequately protect against violence.

The constant fear of being targeted tears communities apart. Those convicted with crimes related to witchcraft can face sexual violence, live burial, stoning, drowning, mutilation, and beating. Should a convict survive his or her punishment, they often also lose their property, livelihood, and homes. In the Simbu province in Papua New Guinea, roughly 10 to 15 percent of the population has been banished from the community in consequence of accusations made against them of witchcraft and sorcery.

Reversing the deeply ingrained systems of belief has proved to be difficult. However, alleviating poverty in Papua New Guinea and performing interventions to prevent needless violence, would make their communities safer and more prosperous. Organizations like Oxfam New Zealand are working to better understand New Guinea’s culture and what motivates sorcery accusations in order to help reshape the culture’s attitudes at an institutional level. Oxfam seeks to change laws and promote intervention between citizens that might prevent sorcery-related violence.