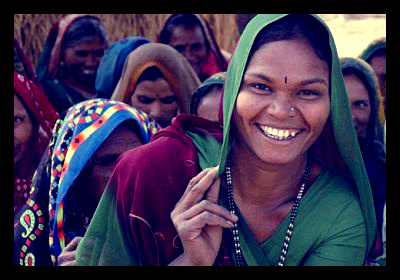 Enter Sonata Finance Ltd. Based out of India, Sonata Finance has established a mission for themselves to “Identify and motivate poor women in a cost-effective way and deliver them micro finance services in an honest, timely, and efficient manner.” But what exactly does this mean?

Sonata Finance makes use of different lending approaches and programs that work to give these women the start-up capital that they need to become entrepreneurs and small business owners. Because women make up the largest portion of the world’s poor – and because women invest their income into their children and households – Sonata Finance works exclusively with these women. Their lending programs are designed to lend to either a single person or parties of 10-20 women.

The success stories of Sonata Finance include that of Sunita Desai, a 25-year-old woman who joined Sonata and took loans from them after the boat her husband used to collect sand to sell to construction companies wrecked.  As a result, Sunita was able to finance a new boat. Instead of having to share a boat (and the profits) with another person, she now owns a boat – and all of the income from it goes straight to her household.

Sonata Finance, through its understanding of global poverty and finance strategies, played a key role in Sunita’s story, and is working to alleviate the burden of poverty for the world by assisting the largest poverty-stricken demographic.