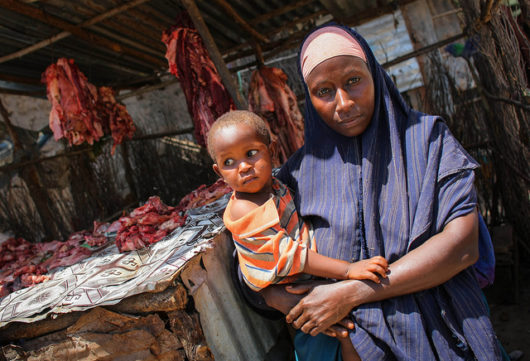 Apartheid in South Africa ended in 1994 with their first democratic election; however, racial inequality still persists especially in terms of safety today. With this dramatic transition of government, there has also been a shift in police and military forces.

Under this transition, the government disbanded the South African Defense force as a direct result of paramilitary activity in the 1990s. This shift left white-ex officers without a job, as the new government hired all new black officers.

With the government anxious to speed up the transition, the new police forces were not adequately trained and violent crime rose. The public lost trust in the judicial system as numerous counts of police brutality in cities such as Durbin and Rustenburg rarely resulted in any legal action. In fact, approximately only 1 out of 100 cases of police brutality filed against officers result in a criminal conviction.

The level of violence peaked last year — official statistics reported 45 murders per day, which is four times the average for African nations, as well as the international average. The most violence occurs within the Western Cape province and between April 2011 and March 2012, Victims of Crime Survey reported:

These various aspects of transition within the region contributed to South Africa’s street violence levels and, consequently, its need for a solution.

What is the Government Doing?

South Africa’s Ministry of Community Safety and the Western Cape government acknowledges that there are major drug problems, weekly shootings/killings, and increasing gang activity. However, the government argues that the police and military bodies are significantly understaffed and undertrained to be able to combat these growing security concerns.

The most significant reason for concern is that there is such a high percentage of violent and contact crime, of which only one-third is actually reported to the South African Police Unit (SAPS). Rising crime statistics and the lack of action by the South African government has also fueled the growth of the private security sector.

Violence and Poverty in South Africa

In South Africa, poverty and violence seem to be proportionate. Around 80 percent of all crime in South Africa occurs in poor, underdeveloped communities. Essentially, crime has been commodified. Safety as a luxury means that safety only benefits those who have the wealth the purchase it.

For the majority of South Africans, that simply is not feasible, as one-third of the population is unemployed and impoverished, Therefore, most South Africans are unable to pay for security services.

Companies like SecuPro, ProteaCoin, and CSS Tactical have employed “Last Boyscout” strategies, which means that security is a primary concern for everyone in the communities in which they operate, regardless of whether or not citizens in the communities are financially able to pay for their security services. Private security firms advocate a more proactive strategy: to deter crime before it happens rather than catching crime during or after it has occurred.

The use of tactical vehicles and strategic placement of trained security officers equipped with semi-automatic weapons are a method used in high-risk neighborhoods to deter criminal activity. Private security guards are armed response guards who work directly within the communities, report to local police and are responsible for far more than simple security system installations. More often than not, it is private security guards who are the first respondents on the scene.

South African private security officers have similar powers to police in terms of stop and search, and the power to stop and report suspicious activity. When there is an absence of police or private security guards, citizens have stepped in to keep their communities safe as well.

South Africa’s petroleum and mining industries are also extremely lucrative and constantly subjected to burglary/robbery. The role of private security companies does differ distinctly from police, providing aid and support for the police.

This puts the public at the public at the mercy of security companies and security guards, who could potentially be unprofessional because they do not need to meet government regulatory standards. The lack of professionalism can also be a deterrent for business investment, which is already declining year-by-year due to operating in high-risk regions.

In order to keep private security companies accountable in the neighborhoods in which they operate, a possible solution could be to have the private security firms owned by South African citizens.

There have also been new proposals by the South African state government to regulate the growing private security industry. However, unless the South African government is able to address the underlying causes of unemployment, crime, and poverty, violence will continue to persist.