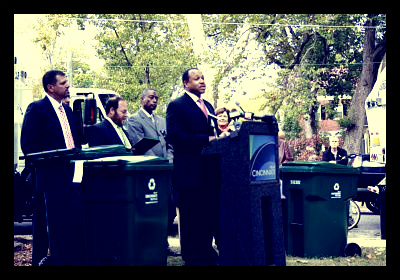 Some people claim that we are living in revolutionary times. With terms like Arab Spring and Occupy Wall Street becoming part of our everyday lexicon, it’s hard to argue otherwise. But one revolution occurring outside the lens of the mainstream media involves young, tech-savvy entrepreneurs applying creative solutions to solve problems associated with everything from environmental cleanup to access to higher education.

Those studying this rapidly evolving phenomenon refer to it as the “Solution Economy.”

These solution revolutionaries are challenging old business models and developing products or services that deal directly with social problems. To accomplish this, these entrepreneurs combine technological knowledge with creative business planning and behavioral incentivizing. Generally speaking, the new solution revolutionaries are not in it so much for the money–they’re in it to solve problems.

William Eggers and Paul Macmillan–co-authors of a recently published book on the subject–claim that these solution revolutionaries, “develop fundamentally different operating models that are fostering new relationships between services and clients, government and citizens, managers and workers, and neighbors and strangers.”

Many enterprises in the Solution Economy benefit from the collaboration of government, private businesses and non-profit organizations. One example is an organization called Recyclebank, which rewards households that recycle by issuing points that can be redeemed for prizes or discounts on products.

Recyclebank relies on collaboration with small municipalities, waste haulers and large, for-profit corporations. Neighborhoods that have partnered with Recyclebank have witnessed a large increase in consumer recycling. In some parts of Philadelphia, for example, rates have gone from 7 percent to 90 percent.

Traffic congestion is another problem area where social entrepreneurs are competing to develop solutions. According to Eggers and Macmillan, Americans lose 4.76 billion hours a year to delays resulting from traffic congestion. The annual opportunity cost of these delays is nearly $160 billion.

To solve this problem, entrepreneurs have developed a variety of apps that pair commuters with drivers to utilize empty seats in automobiles. One app–Carma–actually transfers a mileage-based fee from the passenger’s account to the driver’s account, making the transaction simple and efficient.

Examples abound of social entrepreneurs collaborating with public and private partners to develop creative solutions to collective problems here and across the globe. In an age of growing frustration and discontent, it may be comforting to know that solution revolutionaries are utilizing their minds and talents to promote a new kind of economic progress.

This brand of revolutionary does not seem concerned with rhetorical bickering about government, corporations or corruption. Instead, they are driven by a more tangible and immediate goal–innovative solutions to difficult problems.