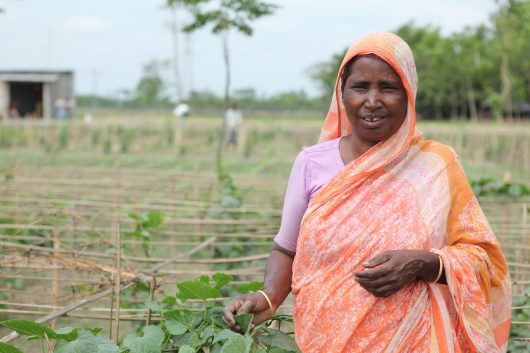 For too long, the plight of the urban poor had monopolized the concerns of those working to eradicate abject poverty. The millions of people in rural poverty have been forced to toil in silence, overshadowed by their urban counterparts and underrepresented by the advocates of economic development. Most are relegated to subsistence agriculture, making the best of what little they have. However, a renewed emphasis on the rural poor has facilitated new and innovative techniques to help, among them solidarity lending.

One such pioneer is SHARE Micro Finance Limited, which offers loans to rural women in India in an attempt to fund entrepreneurship among the rural poor. Recently, a number of studies have been conducted to assess the effectiveness of such programs, with some encouraging results. An article from the Stanford Graduate School of Business tells the story of Vinod Khosla, a venture capitalist from India. Khosla described solidarity lending as a “virtuous pyramid scheme” where groups of women are given modest loans from SHARE. This program differs from individual loans because “the group members are under strong social pressure not to default…and if one person does, the others have to make up for it”.

The program empowers women to invest the money in a stall at the local market or use it to invest in equipment which enables them to produce or transport their items more efficiently. To some, this may seem like only a marginal benefit, but Khosla reports that among nearly 200,000 clients, 77 percent saw reduced poverty.

To test the feasibility of such programs further, a study on solidarity lending was conducted in Mongolia, which compared the results to those of regular lending practices. Research showed that while repayment rates were similar, food consumption increased among group lenders, an encouraging sign to researchers.

Another study on group lending conducted by the African Growth Institute in Kenya revealed that “microcredit is an important entrepreneurial tool in alleviating poverty”. They also found that group lending was a way of achieving greater financial stability.

Because of innovative initiatives like solidarity lending, the rural poor are better equipped to prosper. By providing groups with much-needed access to financial capital, farmers from India to Mongolia to Kenya are no longer overlooked.