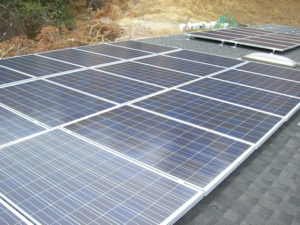 Yemen’s energy infrastructure cannot transport power to rural towns and villages. Thus, many of these communities depend upon highly-polluting diesel generators. However, longstanding conflict and crippling embargoes have made fossil fuels scarce and expensive. Moreover, oil prices have fluctuated in recent years, and poverty has skyrocketed. This crisis has affected approximately three-quarters of Yemen’s population. Current estimates indicate that more than two out of five households have been deprived of their primary source of income. It’s also been found that women are more acutely impacted than men.

Now, the energy situation is shifting. The UNDP has provided funding and support to three different groups of entrepreneurs that own and operate solar microgrids. The three are located in Abs in the district of Bani Qais in the northwest and in Lahij Governate in the south. Their stations provide clean, sustainable energy to local residents and at a much lower price. The solar microgrids charge only $0.02 per hour as opposed to the $0.42 per hour that diesel costs.

Such savings for households and businesses have greatly impacted the local economies. Not only can people work after sunset, they also possess more disposable income. According to Al Jazeera, approximately 2,100 people have been able to save money and put it toward creating their own small businesses. These include services for welding, sewing, grocery stores and other shops. So far, a total of 10,000 Yemenis have benefitted from the energy provided by the three solar microgrids.

The entrepreneurs who founded and now run the microgrid facilities in Bani Qais and Lahij Governate are young men. However, the power station in Abs is completely owned and operated by women. These Abs women receive training in necessary technical skills and study business and finance.

Some expected the scheme to fail due to the sophisticated knowledge it required and the relative inexperience of the facilities’ operators. Well, one year has passed, and the solar microgrids are running at full capacity. The project thus offers a valuable model for creating jobs in a country where civil war has shattered the economy and hobbled basic infrastructure.

Specifically for the women in Abs, though, a steady income and the ability to provide a much-needed service have increased their self-confidence. These women can feed their families and use the university educations they each worked for to a great extent. As the station’s director explained, their work has even earned them the respect and admiration of those who used to ridicule them for taking on what was once considered a man’s job.

The success of the UNDP’s project’s first stage shows a possible solution to Yemen’s problem of energy scarcity. The UNDP now works to find funding for an additional 100 solar microgrids. Since civil war began in 2015, both sides have tried to limit each other’s access to the fossil fuels that Yemen depends upon. Pro-government coalition forces have prevented ships cleared by the U.N. from unloading their cargoes in the north. On the other side, Houthi-led rebels have recently suspended humanitarian flights to Sanaa, the country’s largest city and its capital. This is all in the midst of hospitals struggling to care for patients during the pandemic.

The UNDP’s solar microgrids are a source of hope among the many conflicts plaguing Yemen. More still, it is likely others will soon follow in the footsteps of the three initial young entrepreneurs. These solar microgrids stations have empowered Yemeni communities to build better and more sustainable futures and will for years to come. 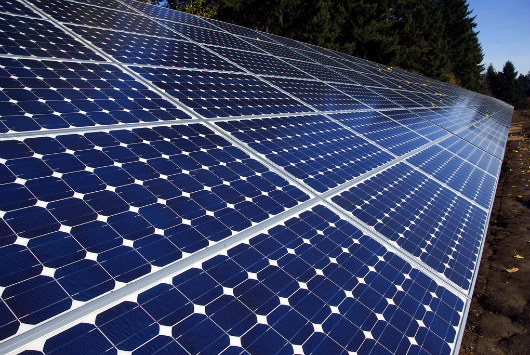 Tonga is comprised of 177 small islands, separated into 3 main clusters, about 1,000 miles northeast of New Zealand. Largely, Tonga is doing well, having a literacy rate of over 98 percent and a generally stable political environment. However, the island’s power system is outdated.

The island’s power has been supplied from an imported diesel generator, resulting in expensive electricity. Electricity bills were 2.5 to 3 times higher in Tonga than they are in Japan, which is why renewable energy became a priority for the islands. With the solar power grid, installed by JICA, fuel costs and electricity bills can be significantly reduced.

The micro-grid is a small-scale power distribution system that can operate alone, or as part of a network. These micro-grids provide stability. After a storm or sudden climate changes, a stable supply of electricity is still accessible and reliable, which was not possible with the diesel fuel system.

The goal of this project is to improve the daily lives of Tonga’s habitants and to make Tonga more energy efficient. Annually, the solar energy system saves about 460,000 gallons of diesel.  By 2020, they hope to reduce Tonga’s reliance of fossil fuels by 50 percent.

Japan is not the only country helping Tonga. The New Zealand Aid Programme has also involved themselves in these changes, as well as the Abu Dhabi Fund for Development. Why the interest in Tonga?

Tonga’s population is fairly educated, and it is classified as upper middle class based on the gross national income per capita, updated recently by the World Bank; however, Tonga needs power. Because of Tonga’s location, the prices of fossil fuels fluctuate, supply routes are costly and the energy market is small. Tonga is the perfect location to start up new solar energy and hybrid solutions.

With potential to succeed and a demand for renewable energy, Tonga is suspected to become increasingly reliant on solar energy systems in the upcoming years.