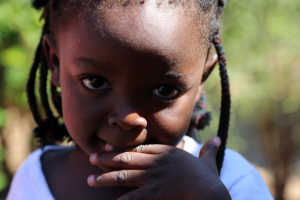 Having access to working electricity and lights is something most first-world countries tend to overlook and forget to point out how fortunate it is to have such a thing. Unfortunately, there are countries who do not have that privilege and have to cut the day short, which interferes with work and children’s studies. SolarAid is a charity founded in 2006, to combat poverty and provide electricity to developing countries such as Uganda, Malawi and Zambia. They are responsible for many innovations including solar lamps, study lights and solar light libraries. SolarAid charity works alongside numerous partners and even created their own social enterprise, SunnyMoney in 2008, located in Africa so that rural communities have a local main seller and can receive information on how to use solar lights. This charity has done many projects that have transformed and impacted the communities within Africa.

In 2014, SolarAid started doing projects in Uganda. Households in small, remote villages in Uganda rely on expensive kerosene for lighting where residents have to travel back and forth to trading centers to buy the kerosene which can get expensive over time. Many schools were also affected by the lack of light until SolarAid created the “world’s most affordable light”. The SM100, also known as a study light, is the world’s most affordable light selling in rural communities for as little as $5, tax-free. This light can be charged in low sunlight and provides light for about five hours. It has a stand attached so that it could easily be set up on the ground and it can also be hung on the wall. Because of its rectangle shape, the SM100 can be taken off its stand and can be attached to straps so that residents can carry it around or use it as a head torch.

A 70-year-old widow, who raises her four grandchildren, lost their hut due to her grandchild knocking over a kerosene lamp sparking a fire. With the SM100, this light is safe for her young grandchildren to use. Students at the Star Light primary school have successfully increased their grades due to having an adequate light source.“My teachers used not to plan their lessons at night and candidate class was limited to the use of three kerosene lamps but ever since I purchased 40 SM100 for my pupils and teachers, everything changed”, said Okello George, the director of the school board. This light has provided many solutions for the community in Uganda that are safe and efficient with doing everyday tasks.

On April 1, 2019, SolarAid launched Project Switch in the Mandevu village in the Kasungu district of Malawi providing the village with solar light for the first time. This village has zero access to electricity cutting days short once the sunsets. During the execution of Project Switch, SolarAid provided this village with a solar charging station which is essentially a building with different solar energy enabling options such as renting solar lights for a few pennies and rent to own lighting options including phone charging systems. There is also an option to outright buy solar lights systems. SolarAid has also provided lights and switches inside of households where people are able to turn on a light with just one light switch, something this village has never experienced before.

Along with this, SolarAid teamed up with the Malawi Red Cross after Cyclone Idai hit neighboring countries and caused flooding and high winds forcing 86,000 people to leave their homes and into emergency camps. Interested to see how light can have an impact in aid relief, the Malawi Red Cross and SolarAid provided the emergency camps with 100 solar home systems, and 100 portable solar lights. These systems can help charge phones, keep women and children safe and reduce the risk of dangerous animals or reptiles such as poisonous snakes.

Just like in Uganda, SolarAid’s participation in Zambia has positively impacted the school environment. In January 2019, SolarAid’s social enterprise team SunnyMoney in Zambia sought out to rural areas where the majority of the community is living without electricity power lines. They visited a rural school in the Rufunsa district and delivered a solar light library. The solar light library is available for children to use throughout the day to study and do homework, mostly after dark. Throughout the day, there are household chores, farm work, etc., and children, especially girls considering they tend to the majority of the daily household tasks, have little daylight left to do schoolwork. They rely on battery-powered torches or candles, items that don’t last long enough to get an adequate amount of homework done. There are 50 lights available to borrow in the solar light library for as low as 25 Zambian Kwacha (which is roughly two U.S. dollars).

SolarAid is the perfect example of a charity who is taking advantage of the knowledge of renewable energy and using that knowledge for a great cause. With their brilliant innovations made specifically for developing countries, communities will no longer have to suffer to do important tasks throughout the night. As the fight for solar-powered energy continues to increase, these three countries now have the help they need to continue to shine the light in their communities.