Tag Archive for: Solar Cookers Around the World 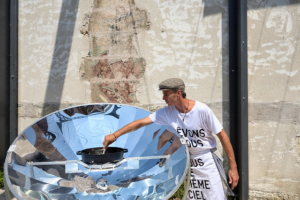 Globally, more than 3 billion people still rely on open fire to cook their meals. This means that nearly half of the world’s population does not have access to sustainable fuel for cooking meals or cleaning water to make it potable. To combat this, many in the developed world have sought to popularize sustainable fuel sources for cooking, such as solar cookers.

Solar cookers work by converting sunlight into energy that can be used to cook food. They provide a plethora of economic, environmental and social advantages over other methods of food preparation. For example, many solar cookers are cheaper than traditional ovens, so using solar cookers can be beneficial economically. In addition, families that use solar cookers do not have to forage for materials to make traditional fires, which can be a time-intensive activity. Solar cookers provide many social and health benefits as well. It is not uncommon for biomass in fires to contain animal dung and residue from crops; when burned, substances like this can lead to a condition known as Indoor Air Pollution (IAP), which has a slew of negative health consequences. Mexico is an example of the dangers of IAP- the country’s reliance on hard fuels is estimated to be responsible for around 15,000 deaths via inhalation and ingestion of toxic particulates.

Perhaps the biggest benefit of solar cookers, however, is the fact that they do not release carbon dioxide, which is one of the main causative factors of climate change. Given this, greater usage of solar cookers around the world will almost surely reduce the global carbon footprint, which will result in a healthier, cleaner environment around the world.

Everything said, cooking is a necessity for everyone; as such, it is important that efforts be made to ensure that cooking practices are safe, environmentally responsible, and affordable. As detailed above, there has been good progress made towards attaining these goals recently, and this good work is sure to continue in the near future.