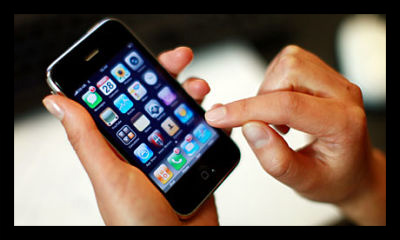 As mobile technology continues to rise and expand across our nation, it has also begun to play an important role in poorer, less fortunate countries as well. Mobile tech is becoming a crucial part in alleviating poverty, helping both the individual and the community of these areas in need. Here are five ways that mobile tech is improving lives.

While mobile tech has been increasingly implemented into curriculums in the United States to increase efficiency, so it has been in poorer countries as well. One educational, nonprofit company named Eneza Education has been participating in this effort. The mobile platform has over 100,000 students in 400 schools all over Kenya, and aims to increase enrollment to over 200,000.

According to The World Bank, some 2.5 billion people — half of the adult population — do not have a bank account. As a result, it is harder for individuals to accumulate wealth or save for the future. However, mobile banking is allowing more and more people around the world to have access to an electronic money saving system. Individuals are now able to take out insurance policies, set up loans and transfer money to one another. By allowing poverty-stricken individuals to save, overseas markets are being strengthened.

Tracking, by means of mobile technology, is something of a double-edged sword, but many analysts agree that the pros outweigh the cons. One major drawback is that mobile tech is a powerful tool in organizing human trafficking. Traffickers have the ability to streamline, organize and, yes, even advertise their exploits through this technology. Despite this unfortunate use of tracking, officials are becoming increasingly able to crack these codes to bust traffickers. In fact, The Polaris Project has been able to harness data analysis to ensure the safety of people who have been kidnapped.

Without access to health care, it is nearly impossible to alleviate poverty in some regions of the world. Mobile tech is helping improve the quality of health care at a rapid pace. “Malaria No More” is an example of one NGO using mobile tech to improve health care conditions. One of “Malaria No More’s” campaigns has soccer star Didier Drogba dispatch a text message to millions of Kenyans that asks, “Are you and your family sleeping under your nets tonight?” Safety sleeping nets are an incredible way to reduce the contraction of malaria. The NGO reports that this campaign has increased the number of individuals sleeping under tents by 12 percent.

Mobile tech is at it’s best when it is transferring small amounts of data quickly between individuals and groups. This is proving invaluable to farmers. Take the Kenyan mobile platform SokoniSMS64 for example. The program uses SMS text messages to unload details about the wholesale price of crops to farmers. In turn, farmers communicate among one another and with traders to negotiate fair pricing. There are also services such as “iCow from M-Farm” that assists farmers who have livestock. The app can set schedules, helps organize feeding routines and even has a built in weather app, so that farmers can adequately prepare for upcoming days