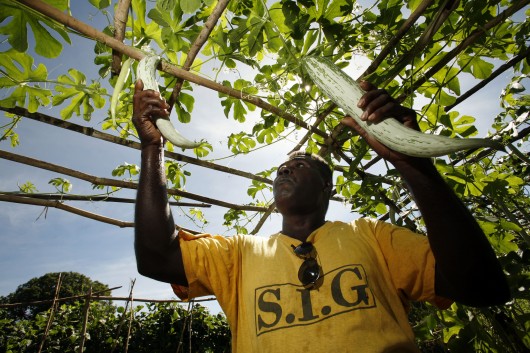 A recent study found that land depletion has caused 33 percent of the Earth’s arable land to be reduced by erosion or pollution in the past 40 years. With the population increasing comes a demand for food and shelter, but with the loss of land, these needs must be viewed in a new light and addressed with new strategies.

The Guardian cited the rate of erosion as occurring “at a pace of up to 100 times greater than the rate of soil formation.” Using land for agriculture continuously, over-fertilizing the land, industrialization and deforestation are the main factors contributing to land depletion. Land depletion continues at a rate of 10 million hectares per year. At the rate of present usage, the land is unable to restore itself and maintain soil health. The study, completed by the University of Sheffeld’s Grantham Center for Sustainable Futures, called the loss “catastrophic.”

This issue of land depletion has implications for a variety of issues, including food production, energy usage, animal and land conservation and ocean health. This research was discussed at the climate talks in Paris.

In the study, the authors suggested several different solutions to radically overhaul global agriculture and attempt to prevent significant land depletion in the future. These solutions primarily included a reduction and/or increased regulation of land used for meat production. Presently, 30 percent of our current arable land is used for pasture for animals. By using this land in a way that promotes soil restoration, rates of soil depletion could be decreased.

The study’s authors also recommend increased crop rotation, use of biotechnology and increased recycling of bio-nutrients for soil restoration. Much of this will have to be implemented by policy-makers and national bodies. However, for the average consumer, the best action will be a practice of mindfulness. By being more aware of what we purchase, how it is produced and how to best dispose of it, we can make choices that support sustainable practices.