Issues like hunger, illness, and poor sanitation are all causes and effects of poverty. That is to say, that not having food means being poor, but being poor also means being unable to afford food or  clean water. The effects of poverty are often interrelated so that one problem rarely occurs alone. Bad sanitation makes one susceptible to diseases, and hunger and lack of clean water makes one even more vulnerable to diseases. Impoverished countries and communities often suffer from discrimination and end up caught in a cycle of poverty.

Effects of Poverty on Society

The vicious cycle of poverty means that lifelong barriers and troubles are passed on from one generation to the next. Unemployment and low incomes create an environment where children are unable to attend school. Children must often work to provide an income for their family. As for children who are able to go to school, many fail to see how hard work can improve their lives as they see their parents struggle at every day tasks. Other plagues accompanying poverty include:

Ultimately, poverty is a major cause of social tensions and threatens to divide a nation because of income inequality. This occurs when the wealth of a country is poorly distributed among its citizens—when a tiny minority has a majority of the money. Wealthy or developed countries maintain stability because of the presence of a middle class. However, even Western countries are gradually losing their middle class. As a result there has been an increased number of riots and clashes. For society, poverty is a very dangerous factor that can destabilize an entire country. The Arab Spring is a great example of how revolts can start because of few job opportunities and high poverty levels.

The number of children affected by poverty has been increasing since the 1960s. Children are those with the least amount choice and ability to change their circumstances. There is very little they can do to help their families, nor should they have to. Usually by the age of six they can be enrolled in child labor. Nearly all the potential effects of poverty impact the lives of children—poor infrastructure, unemployment, malnutrition, domestic violence, child labor, and disease. Simply analyzing the effects of child poverty on education in developed countries alone reveal some disturbing statistics:

Effects of Poverty and Violence

The effect of poverty on terrorism is not as straightforward as the media often perceives it to be. Poverty fuels terrorism by creating a state of misery and frustration that pushes people to join terrorist organizations. But more research shows, it is more complicated.

Of course, some terrorists come from poor countries with high unemployment, and terrorist organizations often provide higher salaries than other jobs. But terrorism may not be a direct effect of poverty. So what is the source of frustration and anger?

Studies show that countries with weak governments, fragile institutions, and limited civil rights are a great environment to nurture the production of terrorist activity. Countries undergoing difficult transitions—i.e. from authoritarian to democratic regime—often encounter political instability with the blurring of certain rules and laws.

These periods of profound change come with a transformation of social order, values, and methods of governing that many people may find distressing and unsettling. Therefore, stabilizing and empowering political institutions is a crucial part of fighting against the dangerous consequences of poverty.

Presented here are 10 quotes about life and its values:1. “The way you get meaning into your life is to devote yourself to loving others, devote yourself to your community around you, and devote yourself to creating something that gives you purpose and meaning.”~Mitch Albom2. “I learned this, at least, by my experiment; that if one advances confidently in the direction of his dreams, and endeavors to live the life which he has imagined, he will meet with a success unexpected in common hours. He will put some things behind, will pass an invisible boundary; new, universal, and more liberal laws will begin to establish themselves around and within him; or the old laws will be expanded, and interpreted in his favor in a more liberal sense, and he will live with the license of a higher order of beings … If you have built castles in the air, your work need not be lost; that is where they should be. Now put the foundations under them.”~Henry David Thoreau3. “We are what we repeatedly do. Excellence, then, is not an act, but a habit.”
~Aristotle

4. “The true measure of a man is how he treats someone who can do him absolutely no good.”~Ann Landers5. “In the end, no thought is unthinkable, no problem unshrinkable, no two strangers unlinkable.”
~Robert Brault6. “With patience you can even cook a stone.”
~Anonymous7. “You can close your eyes to things you don’t want to see, but you can’t close your heart to the things you don’t want to feel.”~Anonymous8. “Yesterday is history. Tomorrow is a mystery. Today is a gift. That’s why it’s called the present.”~Anonymous9. “I want to be thoroughly used up when I die, for the harder I work, the more I live. I rejoice in life for its own sake. Life is no ‘brief candle’ to me. It is sort of a splendid torch which I have a hold of for the moment, and I want to make it burn as brightly as possible before handing it over to future generations.”~George Bernard Shaw10. “The ultimate measure of man is not where he stands in moments of comfort and convenience, but where he stands at times of challenge and controversy.”~ Dr. Martin Luther King Jr.

As members of this society, we are challenged daily to remember inspirations like these and to value and respect the existence of every human life. 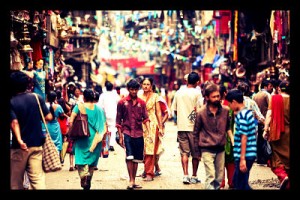 Foreign Aid in Nepal accounts for 60% of development programs and some say it is fast becoming a “necessary evil. The former ambassador to India Prof Dr Lok Raj Baral, spoke at a workshop on ‘The Political Sociology of Aid in Nepal’, organized by Alliance for Aid Monitor Nepal (AAMN) and discussed the topic in depth. “Without developing our own competency and reducing the country’s dependency syndrome, there is no alternative to the foreign aid,” he said. Other speakers at the event included economist Dr. Bishwhambher Pyakuryal and national program manager of Alliance for Aid Monitor Nepal, Prabash Devkota

On a topical level, foreign aid can be seen as beneficial as it increases the absorptive capacity of the country. However, further studies must be carried out to determine the long-term effects that the aid will have on the State and society. The aid must be evaluated and channeled into prioritized sectors of the country to achieve the desired outcome. If this study is conducted, it will shed light on why the country did not benefit as projected from economy-boosting foreign aid and how such aid should be allocated in the future. In an attempt to maximize the benefits of foreign aid, the Nepalese government has begun monitoring development cooperation through an Aid Management Platform and asked development partners to align their assistance with the Three Year Interim Plan.