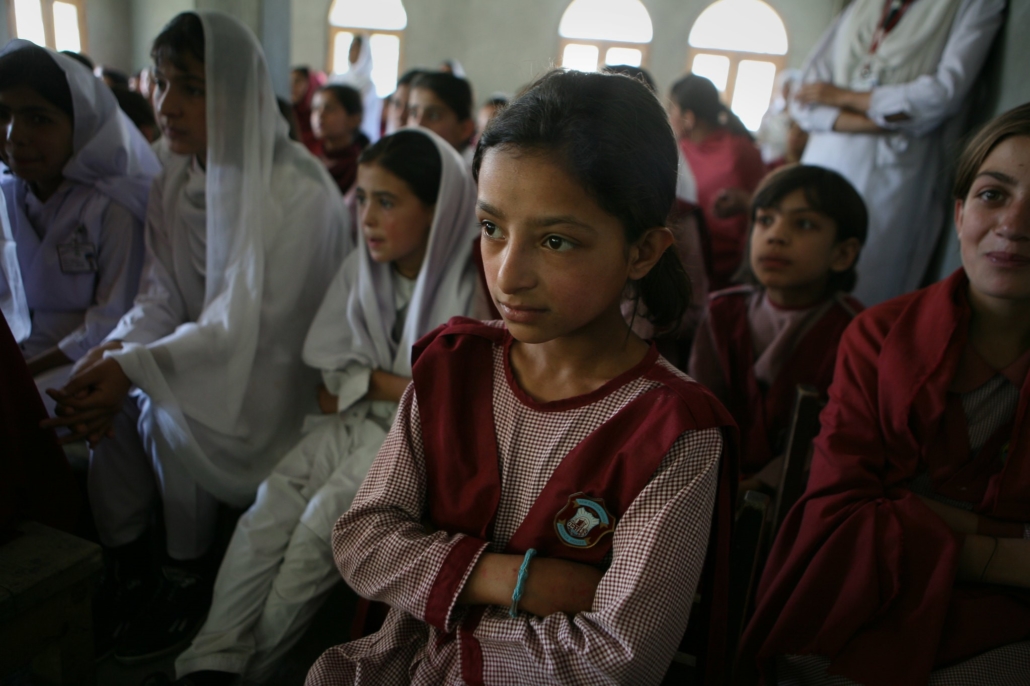 Malala Fund is working to change education in impoverished countries by focusing on local leadership. Inspired by Malala Yousafzai’s experiences with activists in Pakistan, the foundation created the Education Champion Network to find visionary leaders in Afghanistan, Brazil, Ethiopia, India, Lebanon, Nigeria, Pakistan and Turkey. These leaders are typically local education advocates working on targeted projects that hope to eradicate the hindrance on girls’ access to education in their respective communities.

Nearly all of the Education Champion Network’s target countries do not prioritize girls’ education; not only does this hold girls back from future success and independence, but it also continues the cycle of generational poverty. A root cause of poverty is a lack of education, and all of these countries possess economic troubles and violence. Therefore, increasing education access for girls and other young people not only combats discrimination against girls but also bolsters the economic and cultural state of the nation.

Right now, Malala Fund provides support to 57 Education Champions in eight different countries; all of these local leaders are using different strategies to implement change in their education systems. After potential Education Champions receive a nomination, an intensive analysis takes place with consideration from in-country experts to find the best candidates. The primary goal is to find individuals who have proven that their organizations and projects can result in significant advancement to girls’ education. Once chosen, the foundation provides three-year grants to each recipient to go toward funding their projects and advocacy campaigns. Here are three different Education Champions and their approach to girls’ education.

The focus of Arman’s organization, Teach for Afghanistan, is to reduce girls’ dropout rates by increasing the number of female educators. The organization trains young, female college graduates to become teachers and infiltrate Afghanistan’s overcrowded classrooms. Right now in Afghanistan, 57% of educators lack the minimum professional requirements to teach. With a focus in the Nangarhar and Parwan provinces, Arman and his organization are working to keep Afghani girls in the classroom and promote girls’ education in rural communities.

In the Nangarhar province, Teach for Afghanistan has reached over 25,000 girls and 15,000 boys by implementing 270 educators there. Meanwhile, in the Parwan province, the organization has reached over 15,000 children through 70 educators. Additionally, two Teach for Afghanistan’s educators have obtained promotions to principal positions in their schools, increasing the reach of administrators who prioritize keeping girls in school.

Umme is focusing on the southern region of Punjab by working with schools in the region through her organization Social Youth Council of Patriots. She is working to increase girls’ enrollment rates and creating girls’ community schools in areas that lack public education opportunities. Umme has been using the Malala Grant to bring together different community leaders in Punjab to discuss the barriers to girls’ education in the area. This new program creates community groups that deliberate plans and solutions on how to help girls in the area. The program will share these ideas beyond Punjab for implementation in other districts if they prove successful.

The Social Youth Council of Patriots has mobilized its community groups in the sub-district of Muzaffargarh to lobby the government on issues surrounding girls’ access to education. This sub-district, Muzaffargarh, is the poorest area of Punjab with 64.8% of its residents living in extreme poverty. Umme and SYCOP have trained 114 female councilors to identify issues in school facilities, as well as resolve administrative issues in schools by creating school management committees. SYCOP has also been meeting with prominent leaders in the Muzaffargarh area and encouraging them to support girls’ access to education.

In 2010, Özge created YUVA Association, which works with Turkey and neighboring countries to provide disadvantaged populations, especially refugees, the necessary tools to succeed in their communities. YUVA uses a holistic model to increase awareness of environmental issues as well as education and social issues. Many YUVA programs target the lack of educational and social opportunities for Syrian refugee girls in the country. Through community centers in Hatay and Istanbul, these refugee girls are able to take classes and engage in social activities that will help them re-enter school in their new country. Özge utilizes the Malala Fund grant to fund cultural training for Turkish educators, teaching Turkish as a second language and supporting Syrian refugee girls reintegrate into schools in Turkey.

YUVA has teamed up with the established Hacettepe University to create teacher manuals that illustrate inclusive learning and teaching Turkish as a second language. After being piloted in Ankara, YUVA plans to present the manuals to pertinent public bodies, such as the Ministry of National Education, in order to implement the program nationwide. Just the pilot program alone benefits 400 refugee students who have integrated into Turkish schools, which displays how wide-reaching this program could be for refugee students if it were to undergo implementation nationwide. YUVA has also opened workshops in these areas that provide on-the-job training and employment; the workshops create eco-friendly jewelry, accessories, textile products and shoes and serve as a way for poverty-stricken locals to obtain extra income.

Ultimately, focusing on the expansion of education equality in insecure countries can result in increased national stability. Education helps bring countries out of poverty and economic turmoil and secures a better future for a nation. Discrimination against girls’ education is a critical issue in many countries, and the Malala Fund has recognized this and implemented action to combat it through the Education Champion Network. Leaders such as Rahmatullah Arman, Umme Kalsoom Seyal and Özge Sönmez Vardar are working tirelessly to change the future of girls’ education and hopefully create a world in which all girls have an equal opportunity to learn.