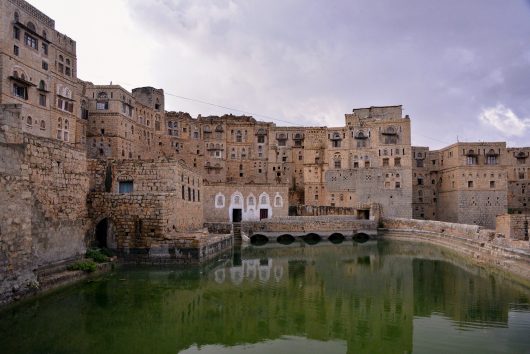 World Bank announced they will give $450 million in grants for Yemen to rebuild from the destruction of the ongoing civil war.

The first grant is $250 million to expand the Emergency Crisis Response Project, which began in August 2016. This project, a partnership between World Bank and the United Nations Development Programme (UNDP), helps provide short-term employment opportunities for Yemenis and help provide social services through the Social Fund for Development and Public Works Projects, which have existed in Yemen for over 20 years. This grant is predicted to help about two million Yemenis.

The second grant is $200 million for the Emergency Health and Nutrition Project, which will help about seven million Yemenis by ensuring they have access to health care and nutritional services.

The Yemeni civil war began in spring 2015. It is a fight between current President Abdrabbuh Mansour Hadi’s loyalists and Houthi rebels. In winter 2015, the Houthis took over the capital and forced the president to flee. Saudi Arabia and Sunni countries rose to Hadi’s defense when he was forced to flee Yemen. This crisis grew into a civil war. According to the World Health Organization, the civil war has left less than half of the nation’s hospitals fully functional. According to the U.N., at least 7,500 Yemenis have been killed in the civil war and at least 40,000 Yemenis have been injured. In addition, almost 20 million Yemenis are in need of humanitarian assistance.

The civil war wracked an already fragile nation. Even in 2012, before the civil war, over 40% of Yemen’s population was malnourished.

These grants for Yemen will make an important impact on a country in deep need for generations to come.