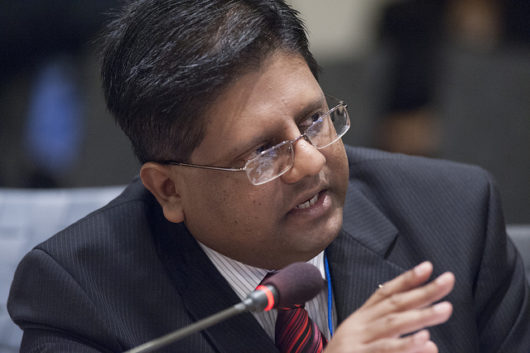 Guyana is a small South American nation with a population just over 700,000. The country is sparsely populated, with the majority of the population identifying as East-Indian or Afro-Guyanese. According to the World Bank, Guyana is an upper/middle-income country, with a GDP of around $3.6 billion. Guyana’s economy is primarily agricultural, with over 60 percent being comprised of six main exports: sugar, shrimp, gold, bauxite, rice and timber. One way to improve the economy, though, could be through increased levels of entrepreneurship in Guyana.

Recently, the fractured Guyanese government fell in a no-confidence vote, endangering already fragile race relations. Economic growth has slowed in the past five years, one-third of the population lives below the poverty line and youth unemployment stands at a staggering 21.6 percent. Many Guyanese agricultural enterprises lack credit history and find it difficult to use livestock as collateral on secured loans, making for higher credit risk.

In addition, over 80 percent of Guyanese citizens with tertiary education reside abroad. The emigration of highly educated citizens may pose another threat, as economic growth is often predicated on national education levels. These underlying issues have contributed to distressingly high youth poverty levels. How can the English-speaking South American country alleviate poverty and unemployment? The answer may lie in microfinance and social entrepreneurship.

Microfinance and Social Entrepreneurship in Guyana

In Guyana, there are several privatized financial institutions focused on micro-loans and credit access for the nation’s underbanked. These institutions are characterized as microfinance institutions, and help to provide banking and financial literacy instruction to people and small businesses who would otherwise not receive such support. The main source of income for these institutions comes from interest payments on loans. This financial support is critical for diminishing poverty and improving social mobility.

Microfinance can be significantly expanded among the young people of Guyana. The Institute of Private Enterprise Development (IPED) and the Small Business Development Finance Trust (SBDFT) are two main microfinance organizations and the primary contributors to Guyana’s microfinance sector. As of 2016, the IPED dispersed micro-loans to over 4,500 small businesses — of which only 12 percent of these borrowers were young adults.

This low proportion of youth borrowing could be significantly expanded, as roughly 46 percent of the population in Guyana is under 24 years old. Microfinance efforts have been largely successful in other parts of the world. India’s Range De has successfully reached over 18 Indian states with a 93 percent repayment rate, collateral-free.

Another key element to alleviating poverty in Guyana is expanding social entrepreneurship. According to a Duke University newsletter, social entrepreneurs are defined as business innovators that “play the role of change agents in the social sector.” Focusing loan and microfinance efforts on young entrepreneurs with a social focus will help to decrease youth unemployment rates while simultaneously lowering overall poverty.

Not only would educated citizens choose to remain in Guyana, but lucrative business prospects may attract non-natives to the country. Incubators and credit advisory services are two financial inclusion tactics that have taken root in Africa and South Asia. Tiwale, a Malawi-based startup focused on empowering female education, serves as an excellent role-model for similar enterprises in Guyana. These market-based solutions would help to alleviate poverty and simultaneously stimulate the economy.

Credit access and social enterprise efforts have already begun to transpire within the nation. IPED’s recent expansion will help to spur financial access for Guyana’s underbanked. Technological growth and introduction in Guyana will also augment social enterprises and allow for increased scalability. If the microfinance and social entrepreneurship sectors are able to flourish in Guyana, there is a bright future for the nation’s youth. 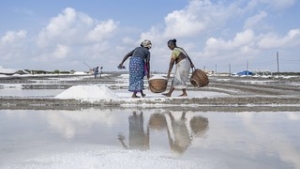