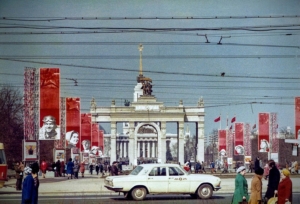 The Soviet Union, also known as the USSR, was a state including several socialist republics in Eurasia. The USSR formed in 1922 following the first successful communist revolution in world history. The Soviet Union disbanded in 1991 and resulted in the formation of 15 independent nations. Meanwhile, poverty in the former Soviet Union nations ensued.

Life Before the Collapse

The Soviet government in each of the republics aspired to equally distribute services and goods within the formal sector. However, gross inequality existed within the Soviet Union, which was similar to the amount of inequality that capitalist countries faced at the time. This inequality combined with shortages in labor and goods in the final years of the Soviet Union led many people to join the informal sector where people could not regulate distribution.

The government’s control over the centralized state dwindled. The structural frameworks were able to do just enough to keep most people out of poverty. However, the Soviet government signed itself out of existence in 1991. Millions of people fell below the poverty line overnight. Additionally, crime, corruption and unemployment became increasingly prominent.

One of the most foreign outcomes of the worsening economy was inequality. An oligarchic class quickly formed, as people made and lost fortunes seemingly out of nowhere.

Following the dissolution, market forces overwhelmed a state that had virtually no market involvement for almost 70 years. In addition, funding for government-provided services declined, which left many people without the resources to survive.

Social services that the government provided tended to be poor in quality in order to meet a universal standard. The framework inherited from the former Soviet government proved unsuitable for helping transitioning economies.

Poverty in the former Soviet Union was most prominent in the working population. Several of the newly independent states used this to their advantage when making reforms. For example, a labor market reform that had a major impact was engaging the private sector in employment. As a result, the new governments introduced welfare-to-work programs to build self-sufficiency among the people. In addition, private companies were in competition with labor offices to find jobs for the unemployed.

These newly independent states also improved through reform to social benefits. As a result of decentralized government services, the demographics of a specific state or region received better-suited services. One of the most successful forms of social benefit reform was pairing conditional cash benefits with behaviors that encourage social mobility. This way, people could use the resources they received to specifically help their economic status.

Since the collapse of the Soviet Union, the soaring poverty rates have steadily declined. Around 40 million people escaped poverty from 1998 to 2003, although there is some disparity in growth between urban and rural areas as well as between different economic classes.

The nations continue to move from a centrally controlled state economy to a privatized economy. Economic growth has been most lucrative for helping people in the former Soviet Union escape poverty.

While poverty continues to be a widespread issue around the world, countries with transitioning economies can look to the new governments in the former Soviet Union. They are a framework for how the government can use its demographic strengths to promote economic benefit for the people.